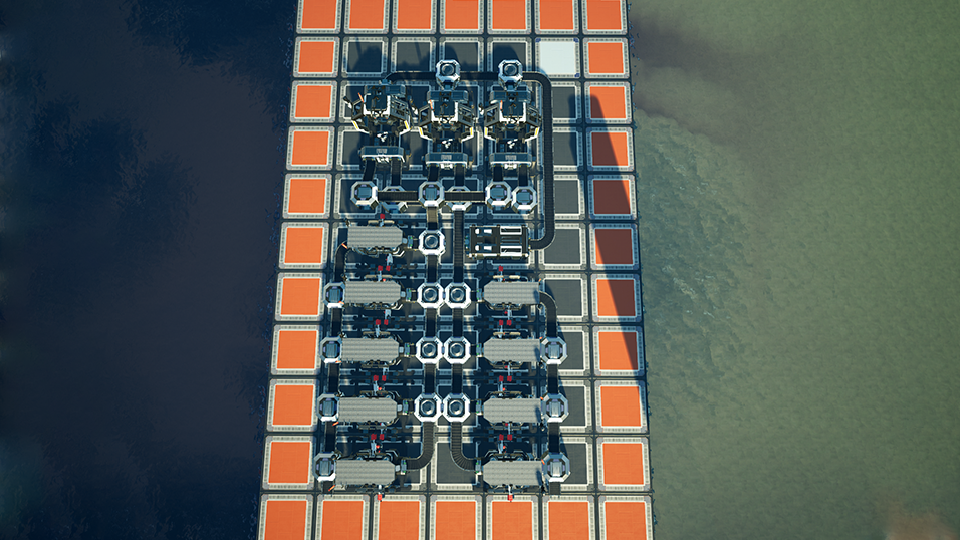 The aim of this layout is to produce a total of 15 encased industrial beams per minute, which shall be used in a follow up guide for heavy modular frames. This build will be clean and compact with screenshots included for each step of the way.

In order to build this factory layout you will need the following requirements:

Our first priority is to place down the five constructors used to produce concrete. Place four splitters in the middle of the first four foundations along the first column's border edge. Next place a constructor flush against each splitter as well as a fifth constructor in the fifth row.

Note that with the constructor flush against the splitter, our constructors should be spanning both the first and second column.

Once done connect the conveyors to the manifold and the five constructors, as we have over 120 items on the belt per minute you will need at least a MK3 conveyor along this manifold. On the output side of the constructors place a merging manifold flowing forward. My mergers are placed spanning the border of the second and third column. Here you will need to use a MK2 belt. Finish this section by setting all constructors to concrete. 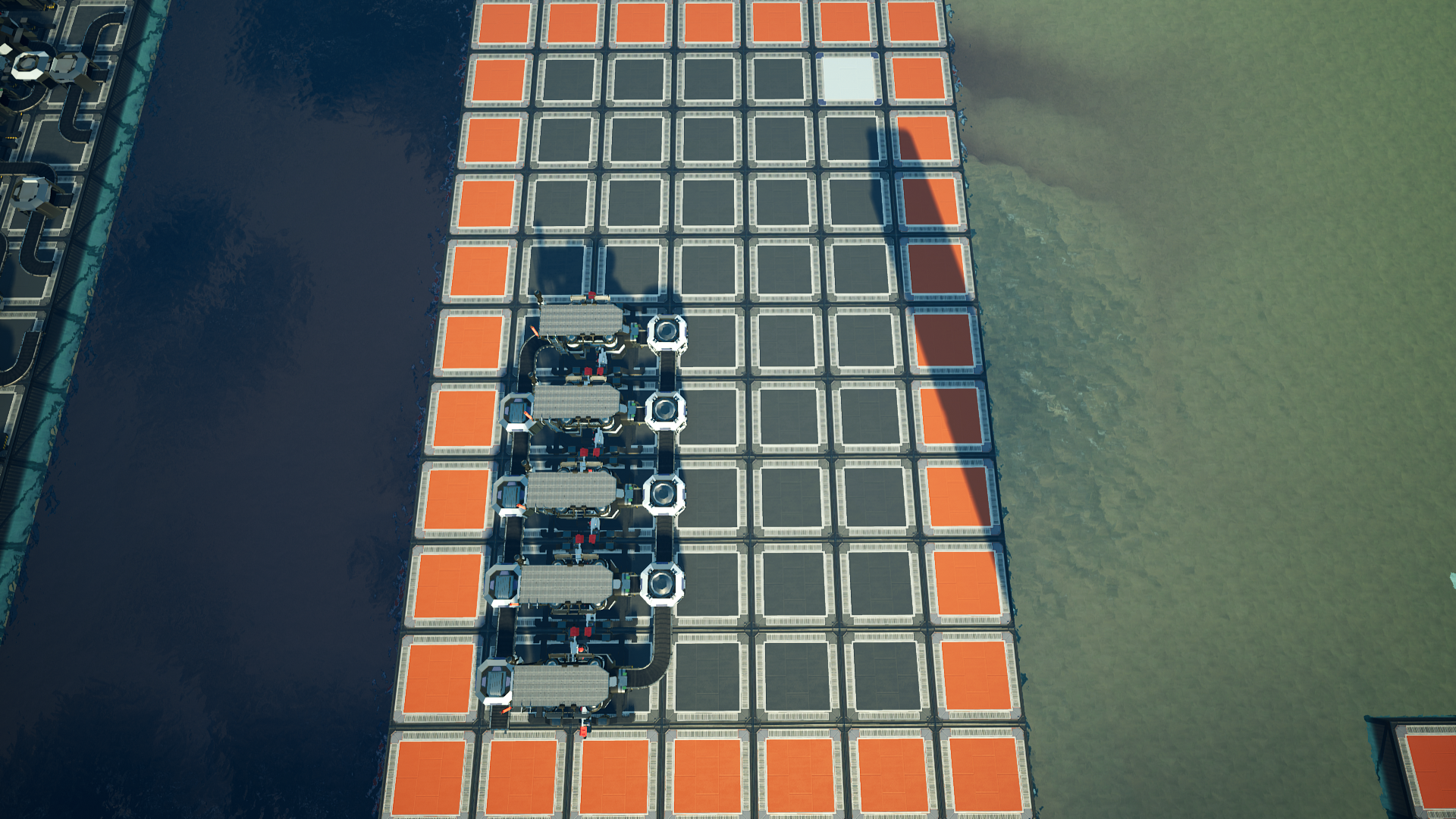 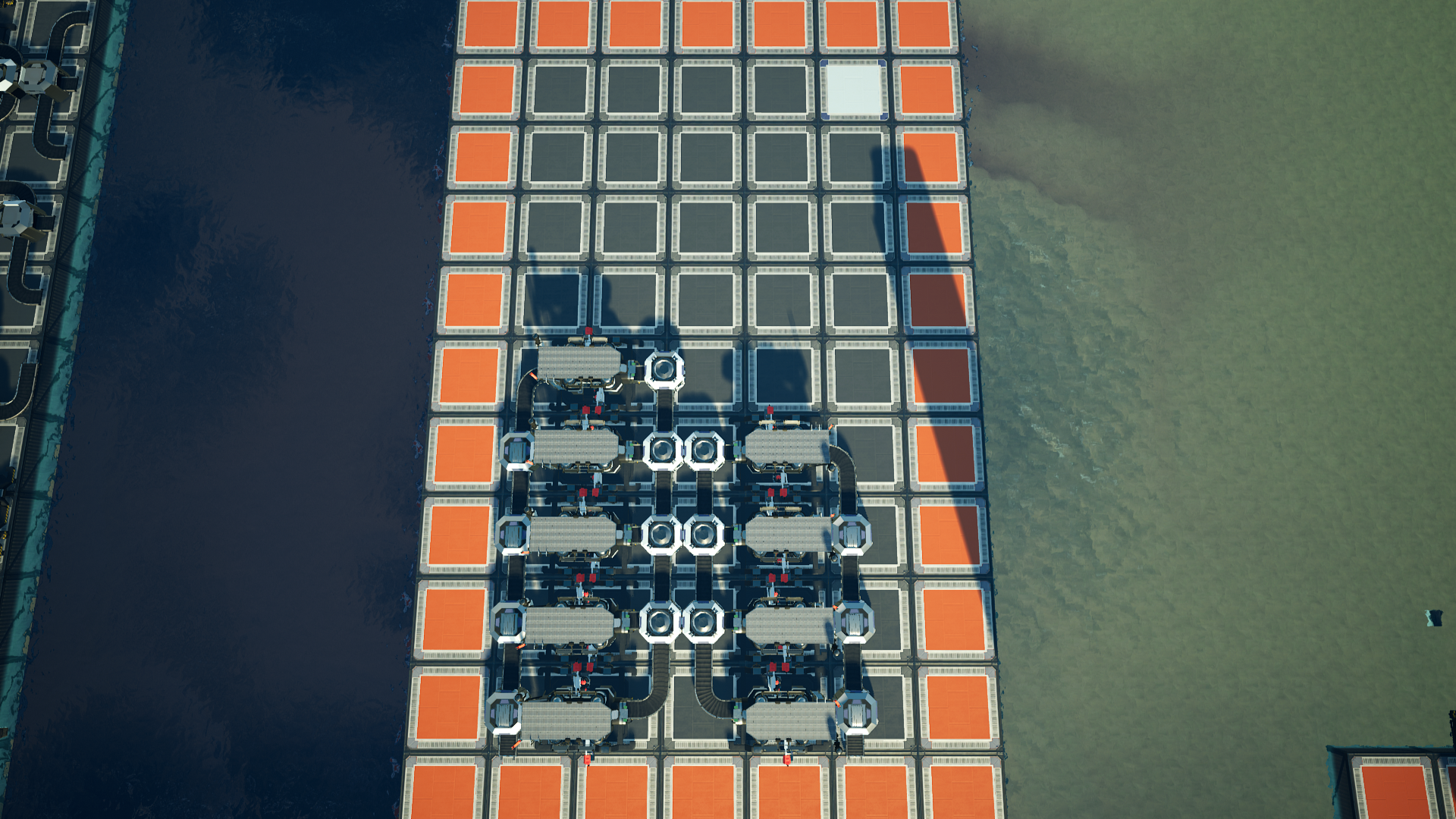 Now we shall place three assemblers facing forwards in the seventh row, start by placing the first assembler so that it spans the first and second column, the two assemblers following should be placed next to this assembler.
If done correctly the middle assembler’s inputs should align with the two merging lines we constructed previously. 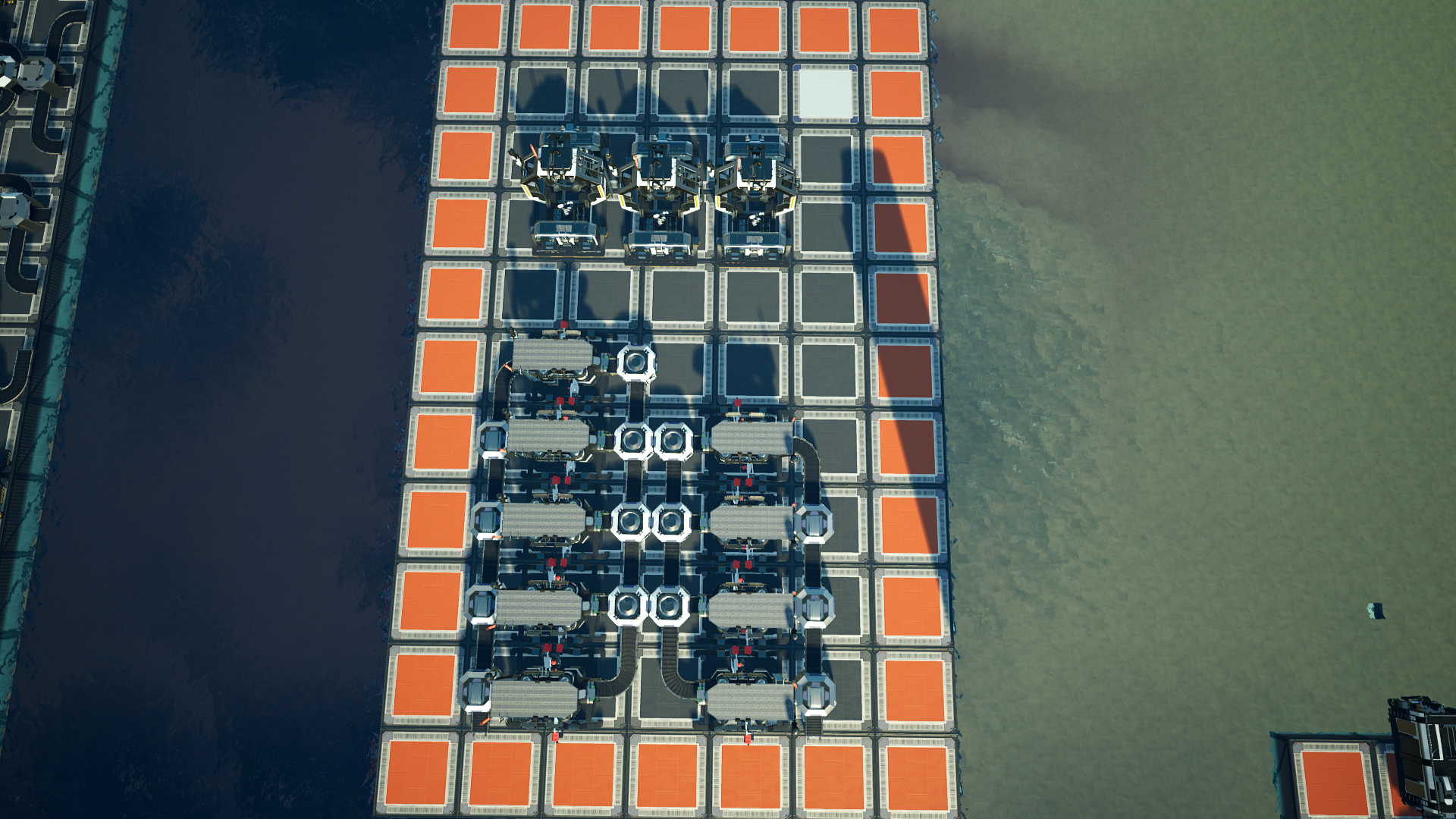 In the sixth row we shall now place a double manifold, start by placing two splitters flowing forwards just in front of the closest edge of the sixth row. They should be parallel to the previous merging lines for the concrete and steel beams. On top of one splitter stack a second splitter, delete the splitter beneath. At this point we shall feed the front output of each splitter into the first assembler and we shall run two more splitters on both the top and bottom manifold feeding into the two neighbouring assemblers. Set all three assemblers to encased industrial beams. One assembler should be set to 50% clock speed and the other two at 100%. We will finally add a merging line for the assembler outputs which shall send the encased industrial beams to a storage area or onto further manufacturing such as in our follow up guide for building heavy modular frames. 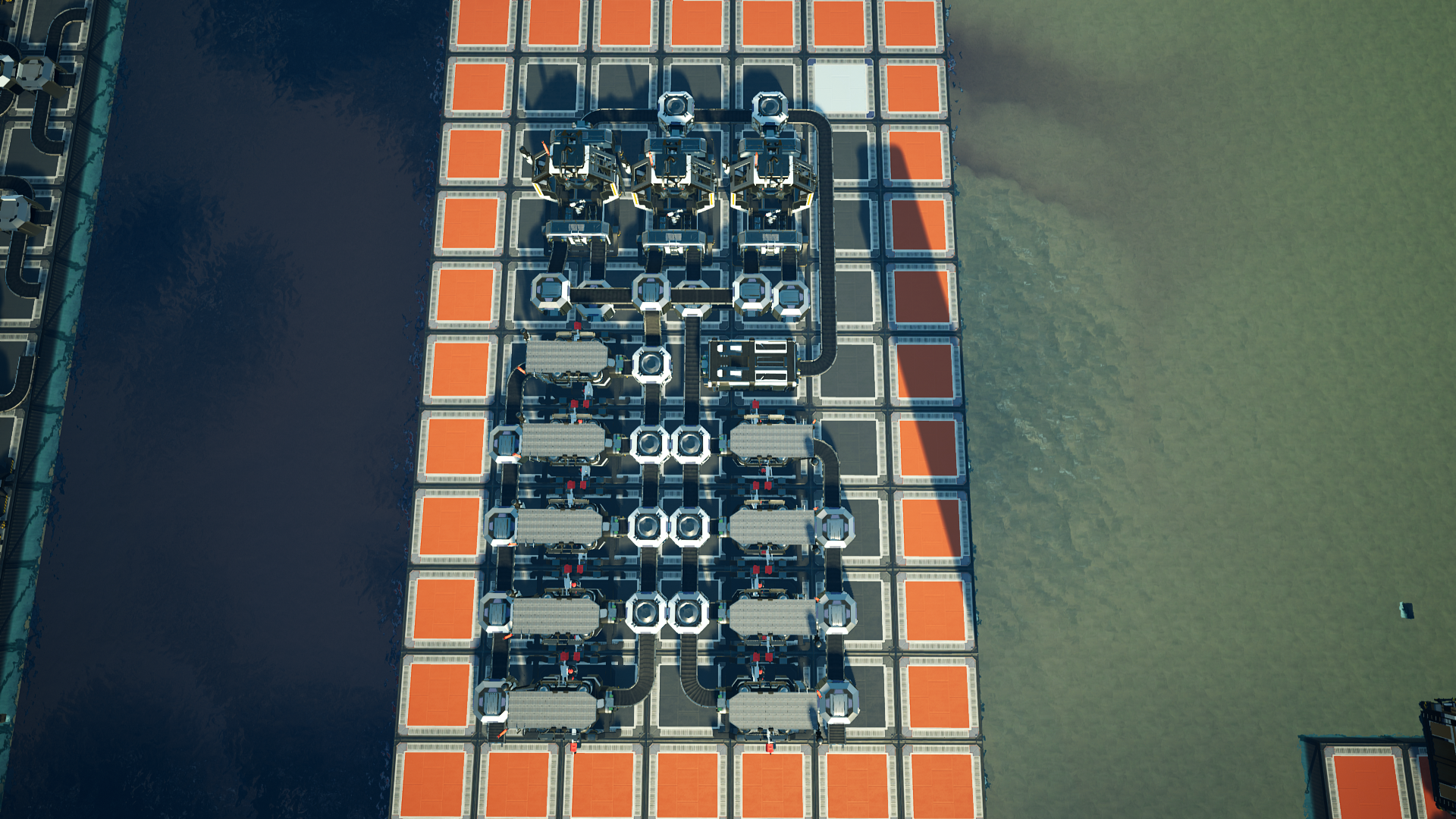