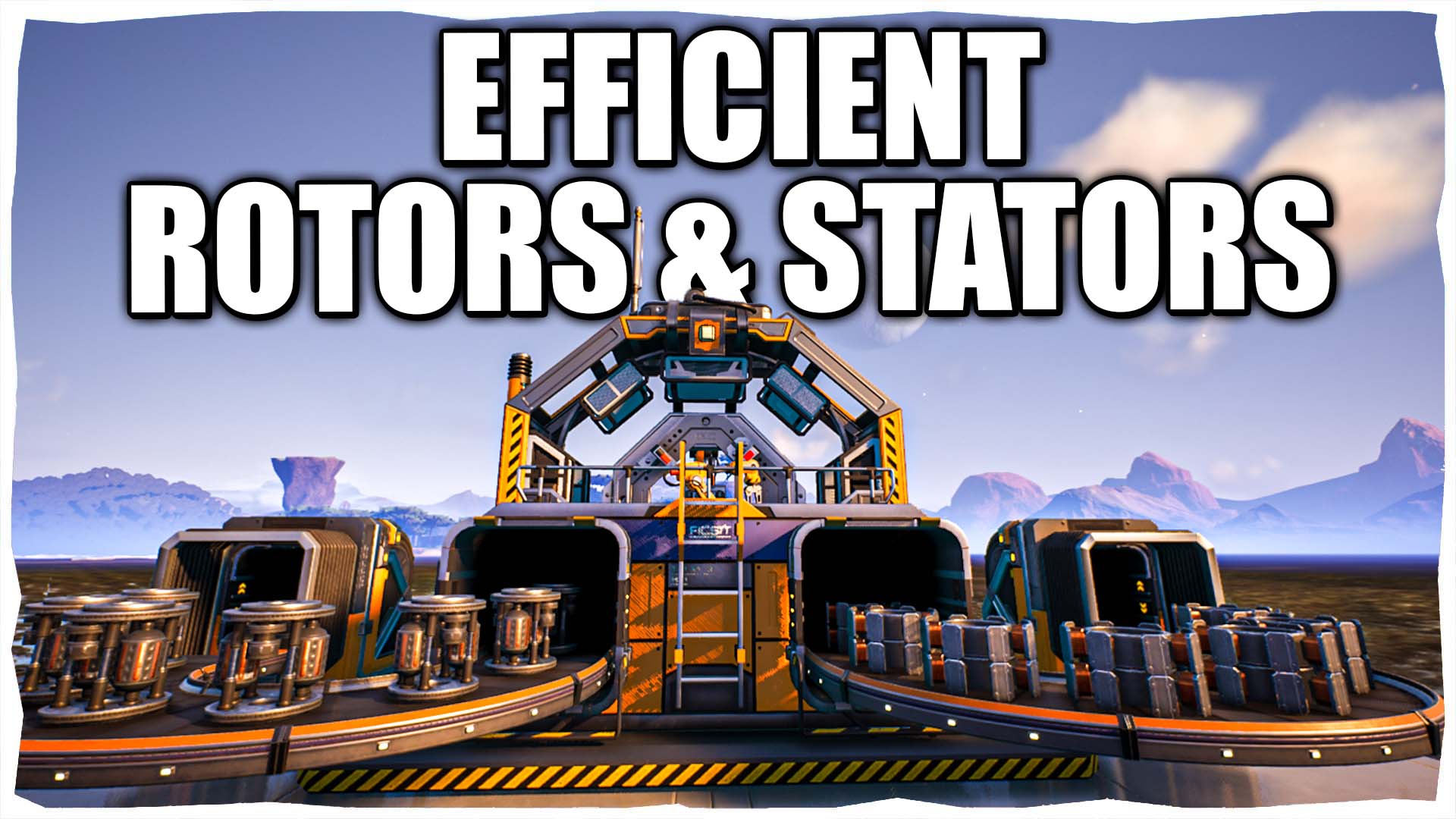 This guide will break down all rotor and stator alternate recipe layouts from our satisfactory efficient alternate layouts video, giving you a clear layout to follow for your own factories.

Today we're going to be breaking down the three different rotor recipe layouts and both stator recipe layouts in satisfactory, I recommend watching my video guide covering the builds whilst reading through the layouts here, for extra information.

This particular guide, will show the layouts, with a brief commentary on the build.
Note that in order to use these layouts you will have to have the necessary alternate recipes as named in the title of each layout, as well as any further recipe mentioned in the guide.

The vanilla recipe, requires 90 Iron ore per minute and produces 8 Stators per minute.

First place three smelters at the start of your build producing iron ingots each at 100% efficiency. Each of these smelters should then split their ingots between two constructors and all 6 of these constructors should be set to iron rods.

Next, run the 50 iron rods line to five constructors, these should each be set to screws and merged into two equal lines and sent on to two assemblers. In the photos attached the mergers are connected to an elevator which transports the screws beneath the build and across to the assemblers. (green boxes)

The 40 iron rods that are left over from the first set of constructors should be sent to the two assemblers and split evenly between the two, these assemblers will be set to rotors, producing 8 rotors per minute at 100% clockspeed.

Do not that the screw lines will need to be mk2 as 100 items will be travelling along each of the lines. 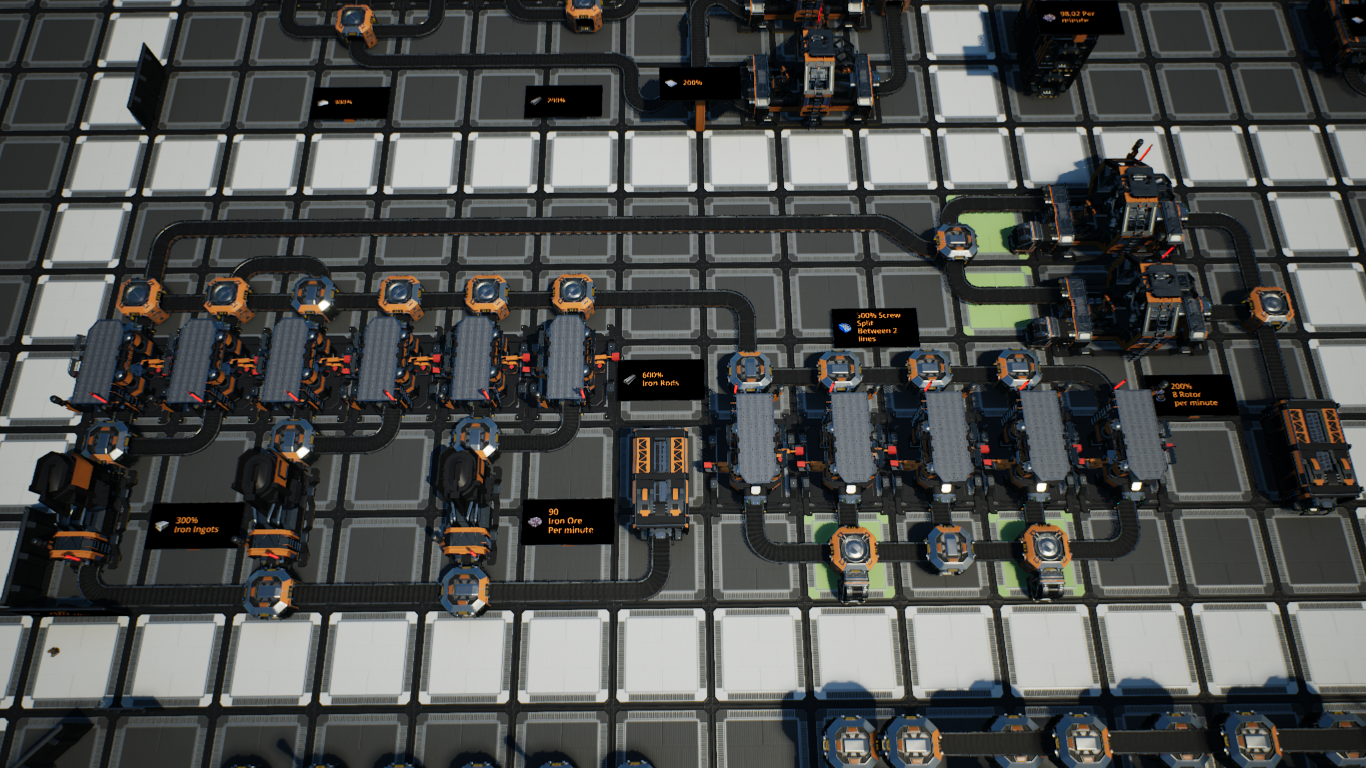 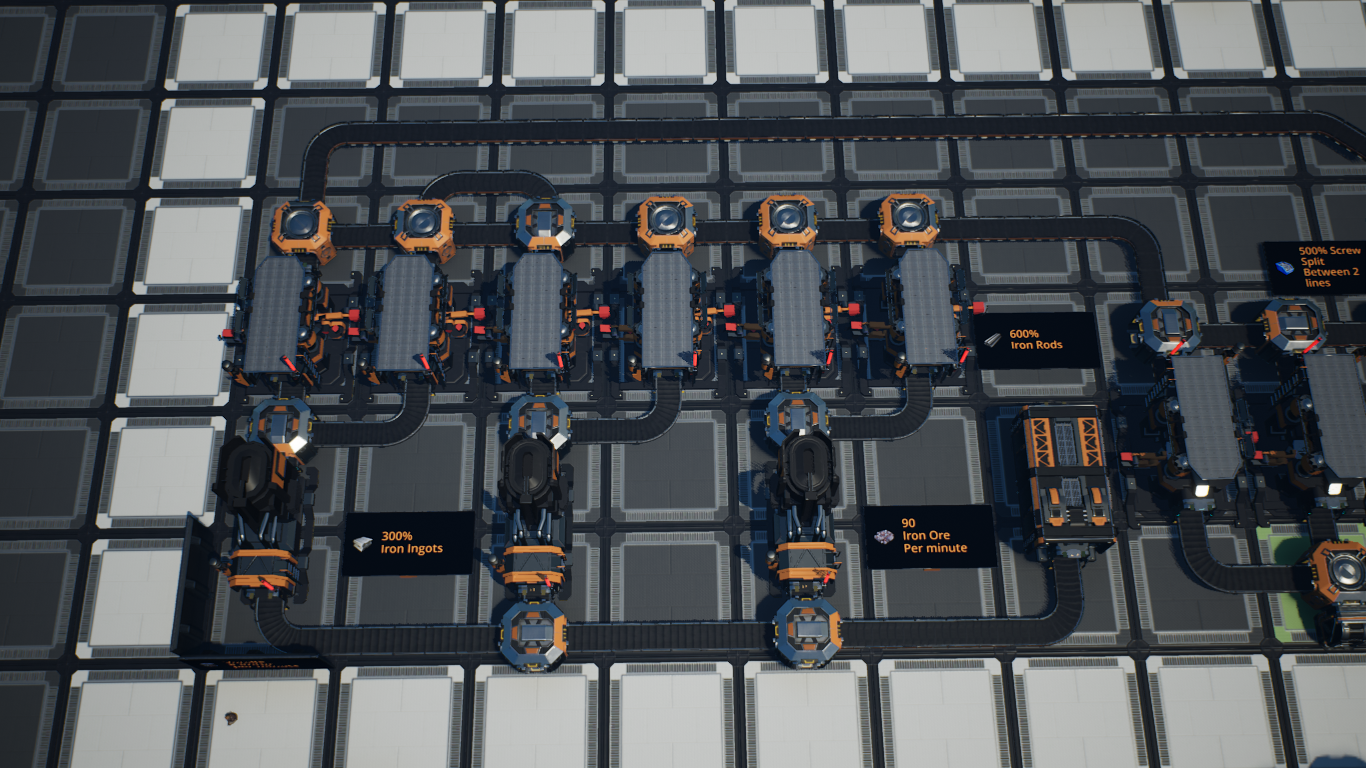 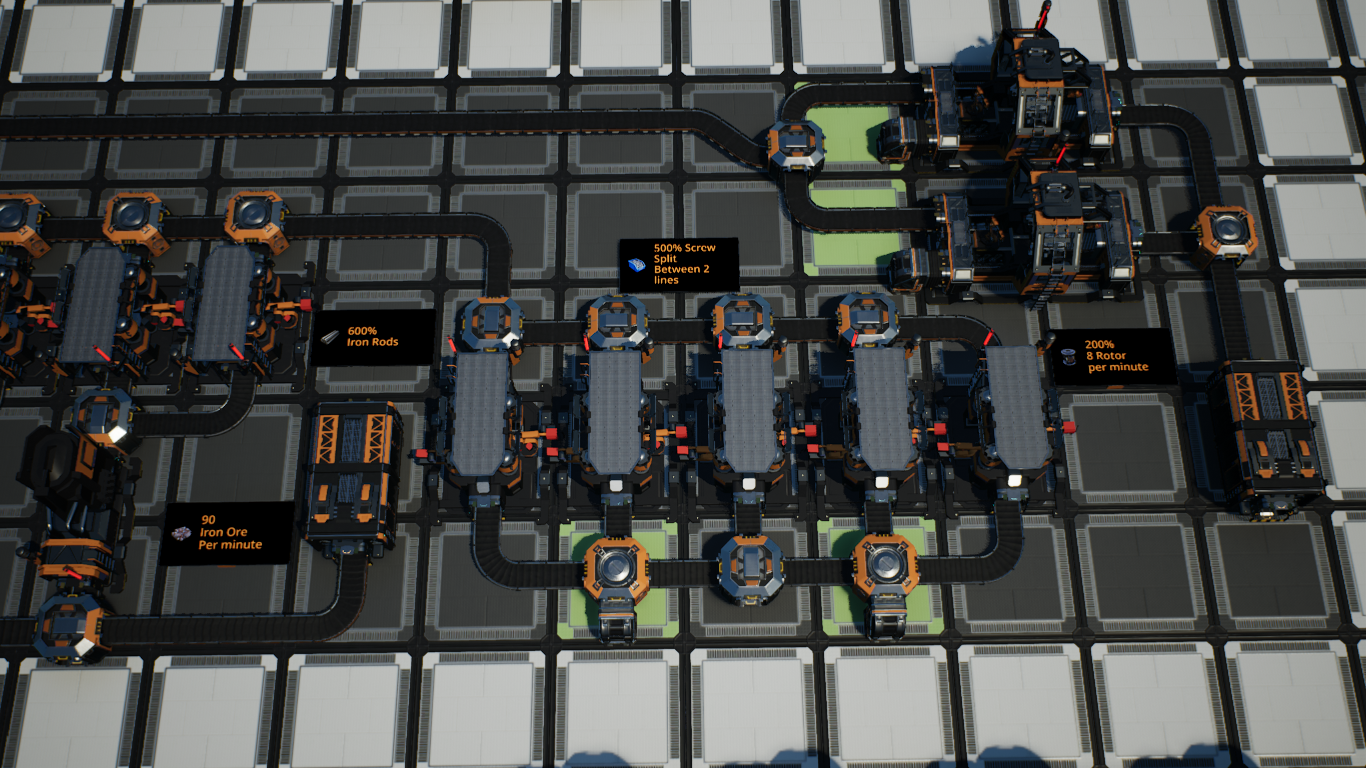 The next layout is for Copper Rotors, in this layout we will be using the Steel Screw alternate recipe as well as overclocking a single foundry. This particular layout requires layout only requires 60 coal, 60 iron ore and 180 copper ore, and produces 45 rotors per minute.

First place a foundry and overclock it to 133.33% clockspeed (alternatively place 2 foundries and set each to 66.66% clockspeed) This will take the iron and the coal and turn it into 60 steel ingots per minute. These will be sent on to be steel beams in a single constructor before being fed into three more constructors producing steel screws each at 100% clockspeed, these can be merged together if using a mk5 belt and will be sent on to the four assemblers set to copper rotors with each running at 100% clockspeed. 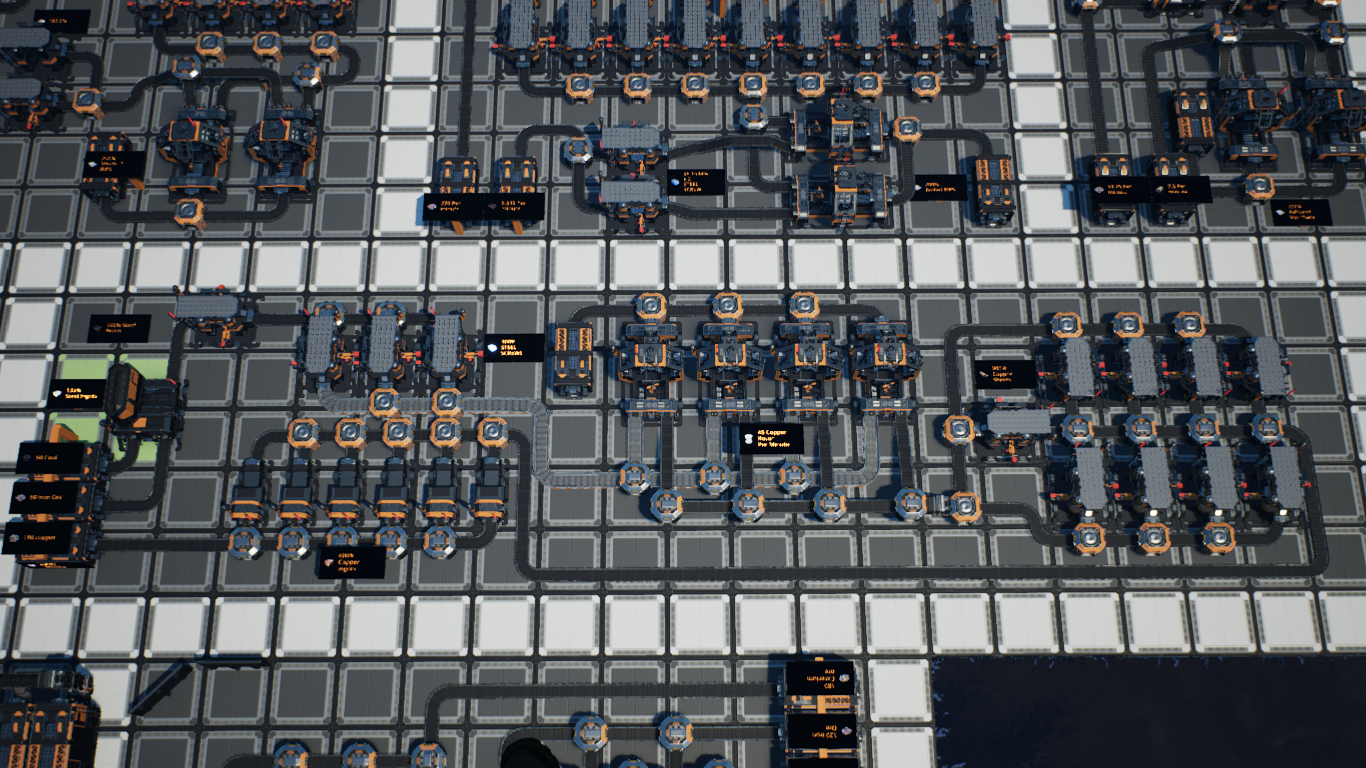 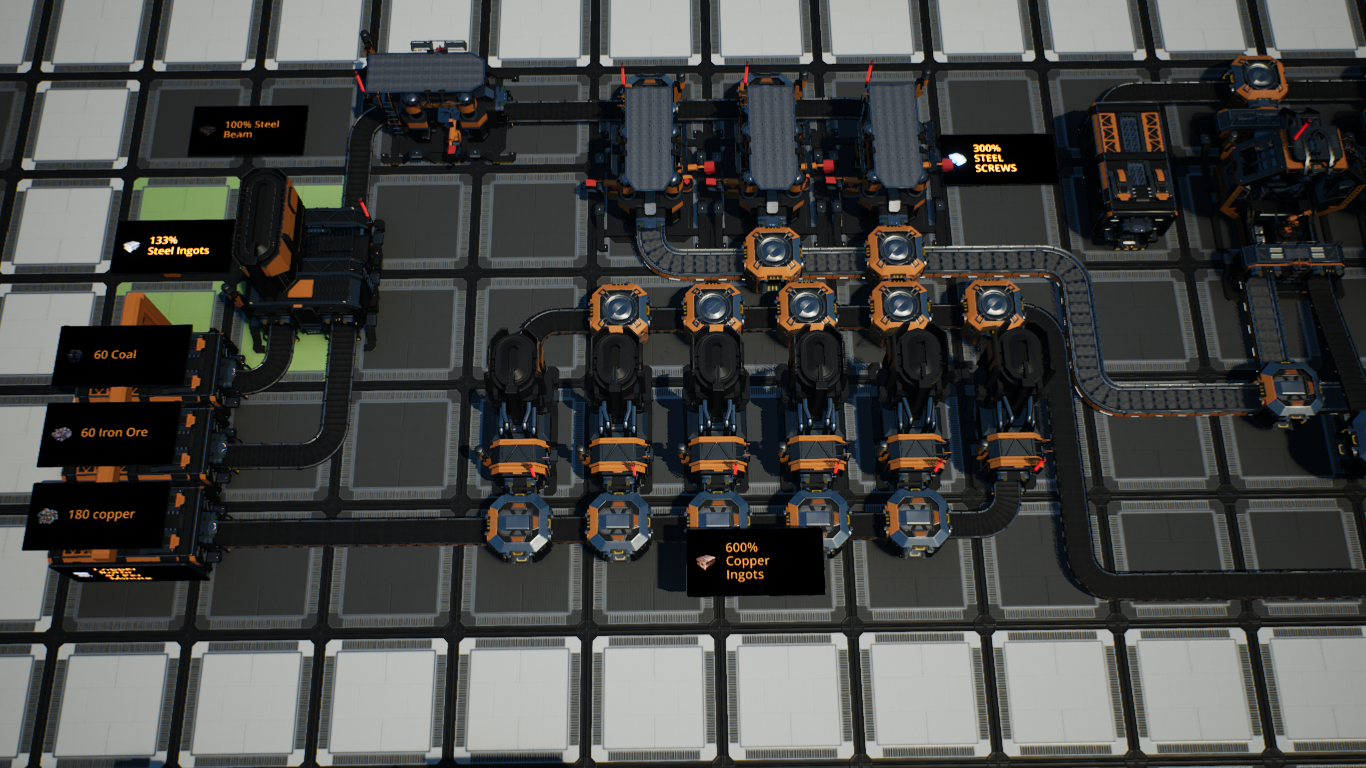 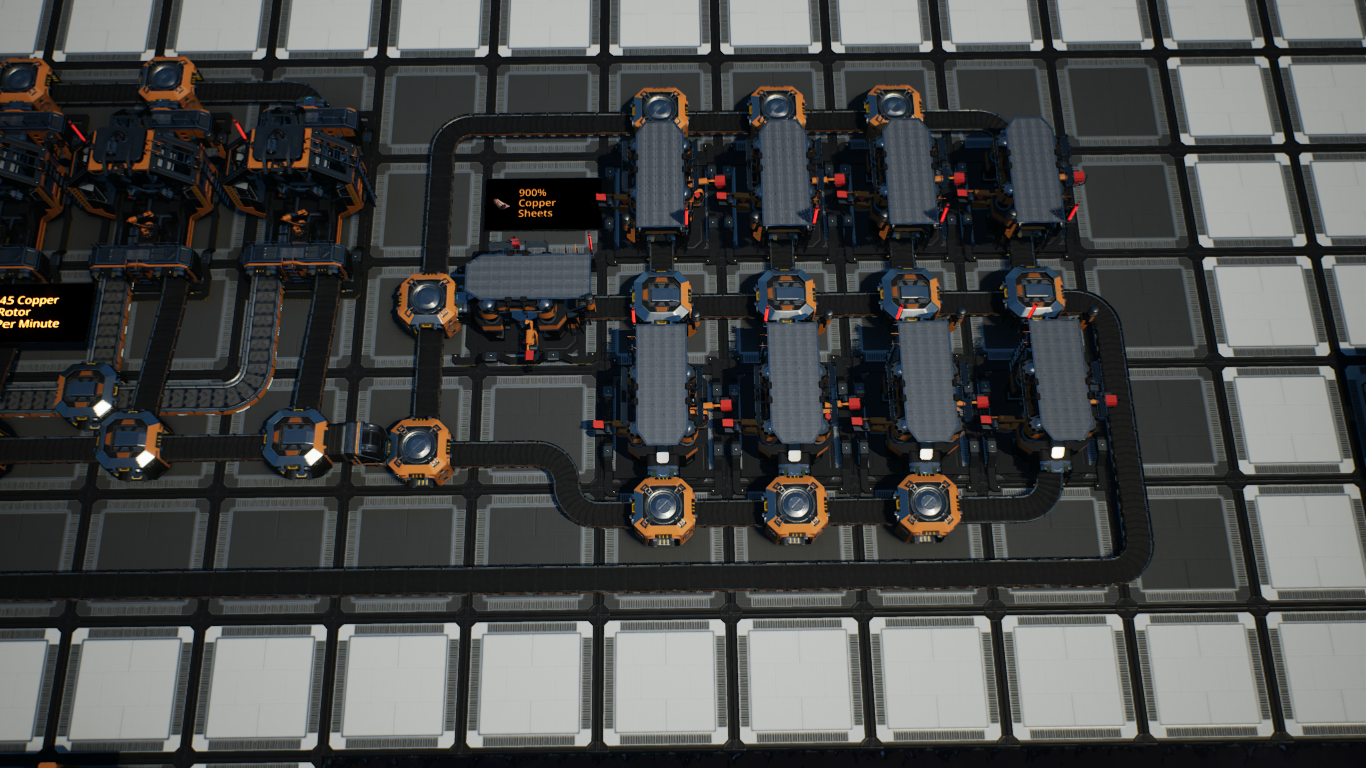 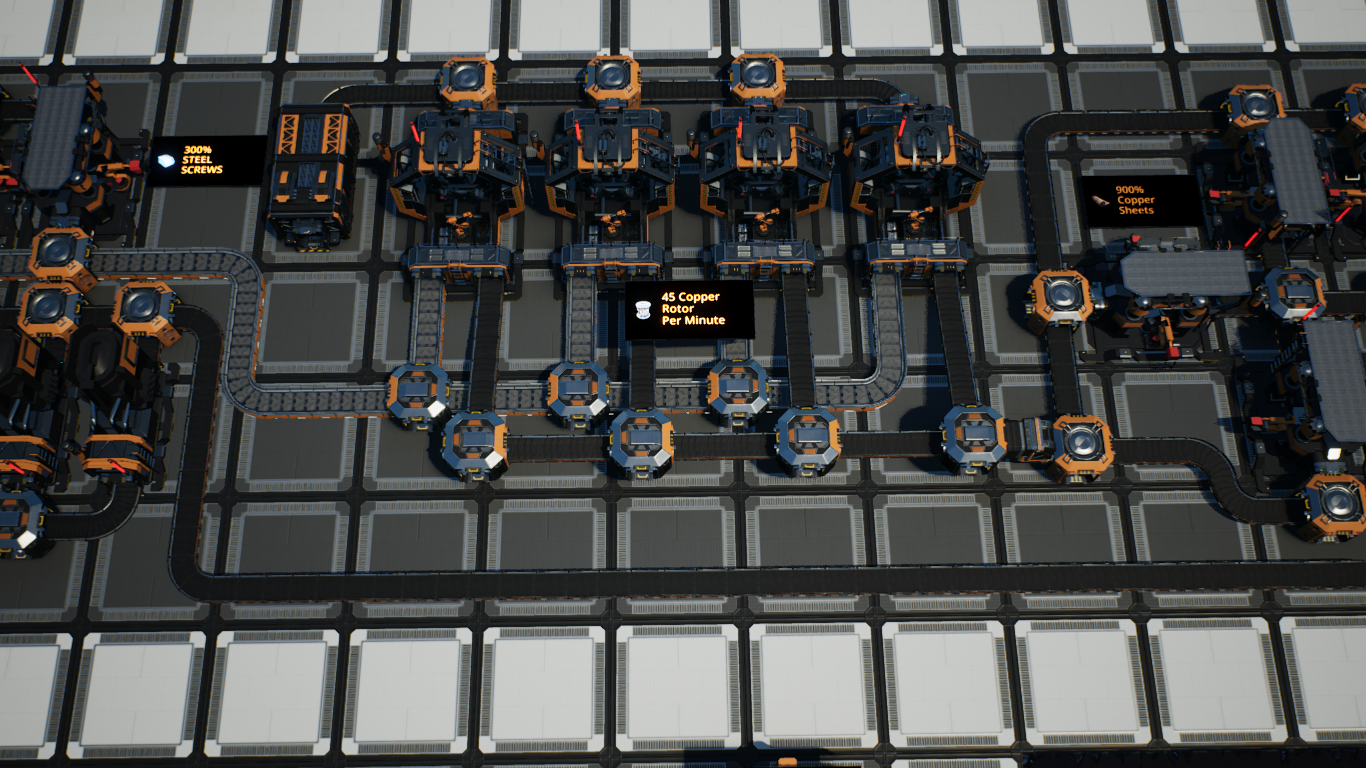 The next layout is for Steel Rotors, for this we will need 120 coal per minute, along with 120 iron ore and 120 copper ore. These resources will go on to produce 40 steel rotors per minute.

First we will need three foundries, two will be set to 100% clockspeed as well as a third foundry set to 66.7% clockspeed. These will produce steel ingots which will be sent on to four constructors each producing steel pipes at 100% clockspeed and running these pipes up to the manifold of 8 assemblers.

Next we will take the copper ore to four smelters, each producing copper ingots at 100% clockspeed and then splitting the ingots each between two constructors. All eight of these constructors will be set to wire. The wire will then be sent along to the eight assemblers which will be set to steel rotors and each run at 100% clockspeed, producing a total of 40 rotors per minute. 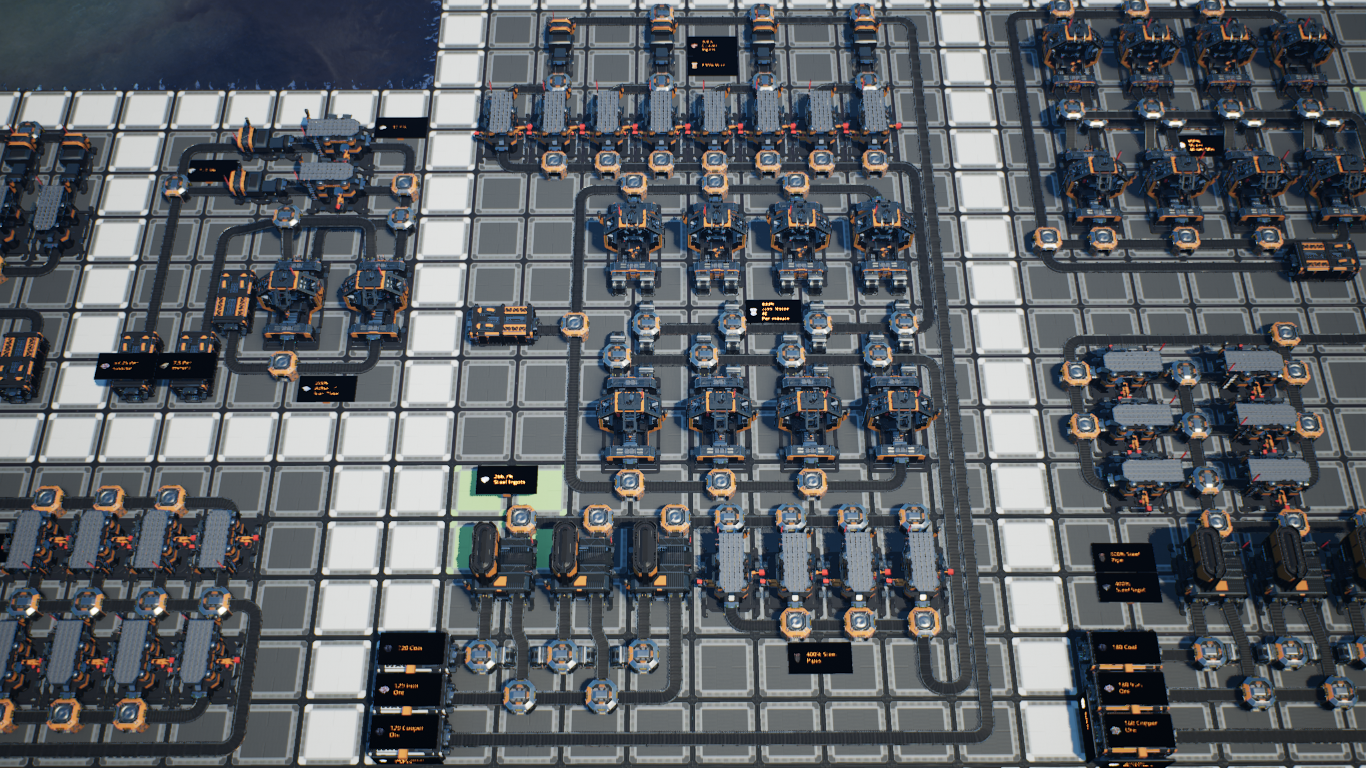 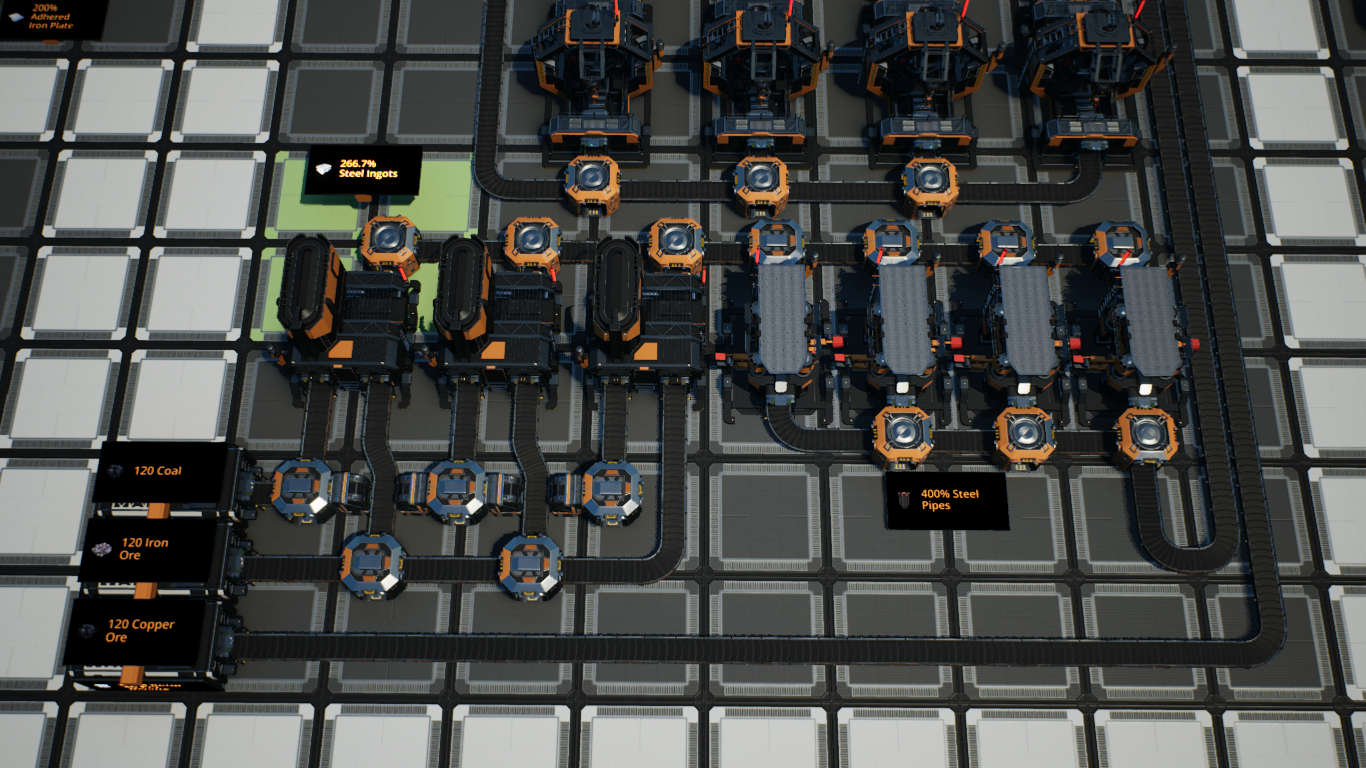 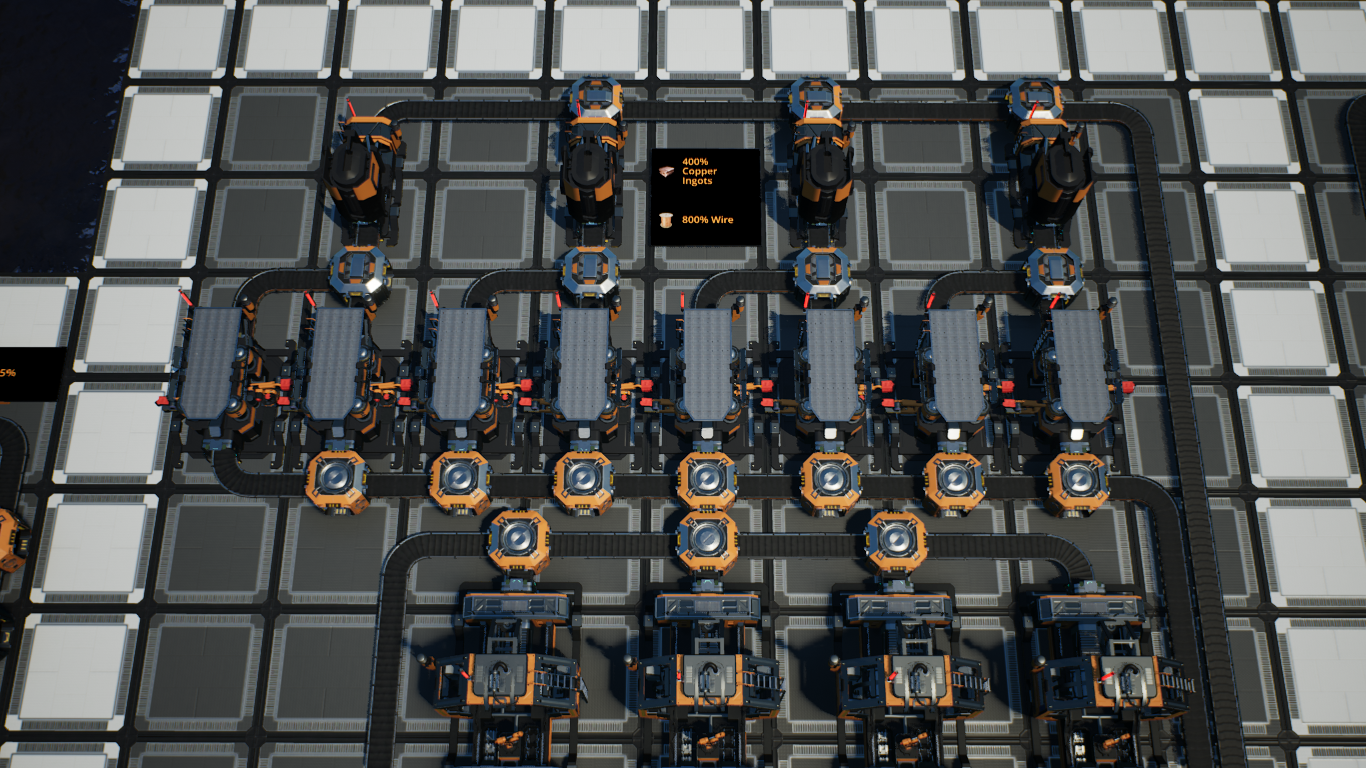 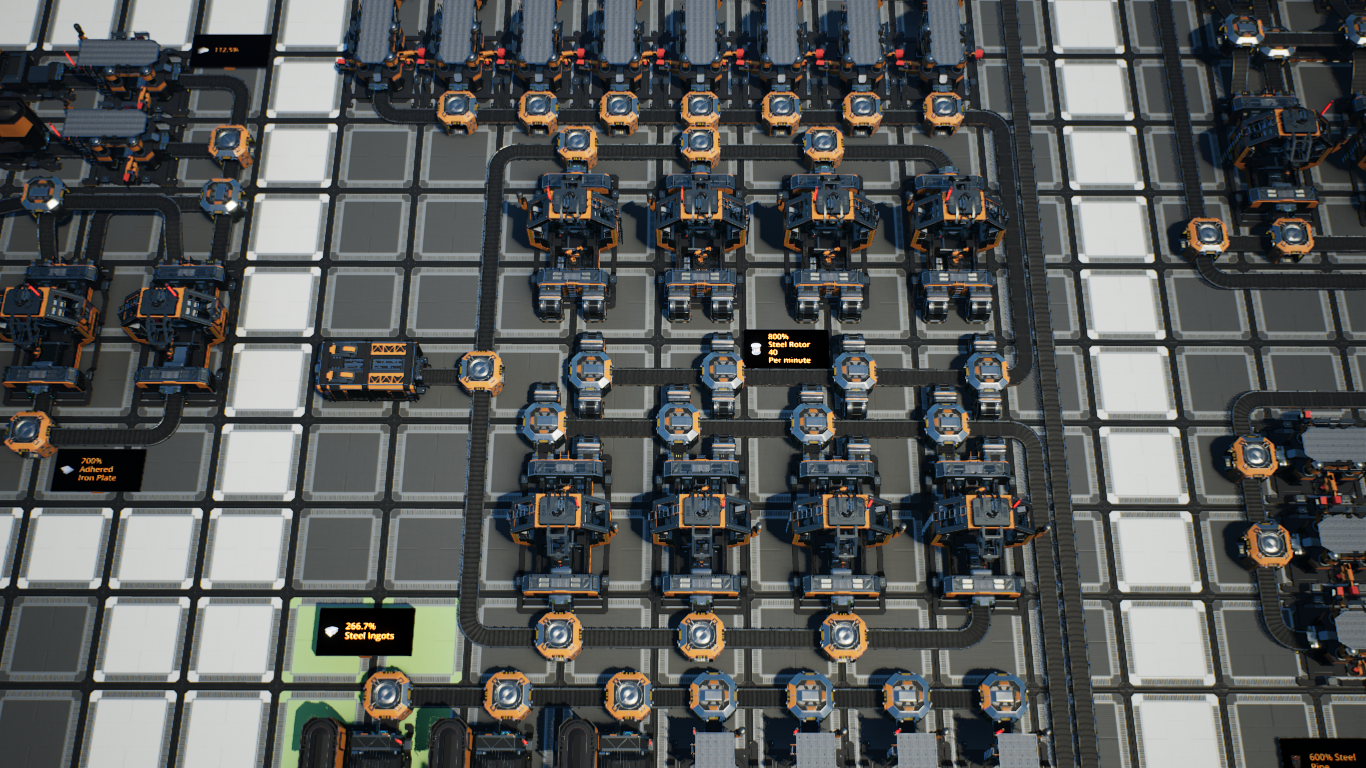 The next layout is for stators, and is also the reason why I love steel rotors. Both the steel rotors and stators are produced with the same ingredients meaning a motor factory will only need to import coal, iron and copper ore. This particular layout will produce 40 stators (you'll thank me later when you merge the rotors and stators together to produce motors)
For this layout you will need 180 coal, 180 iron ore and 160 copper ore. These will be used to produce a total of 40 vanilla stators. 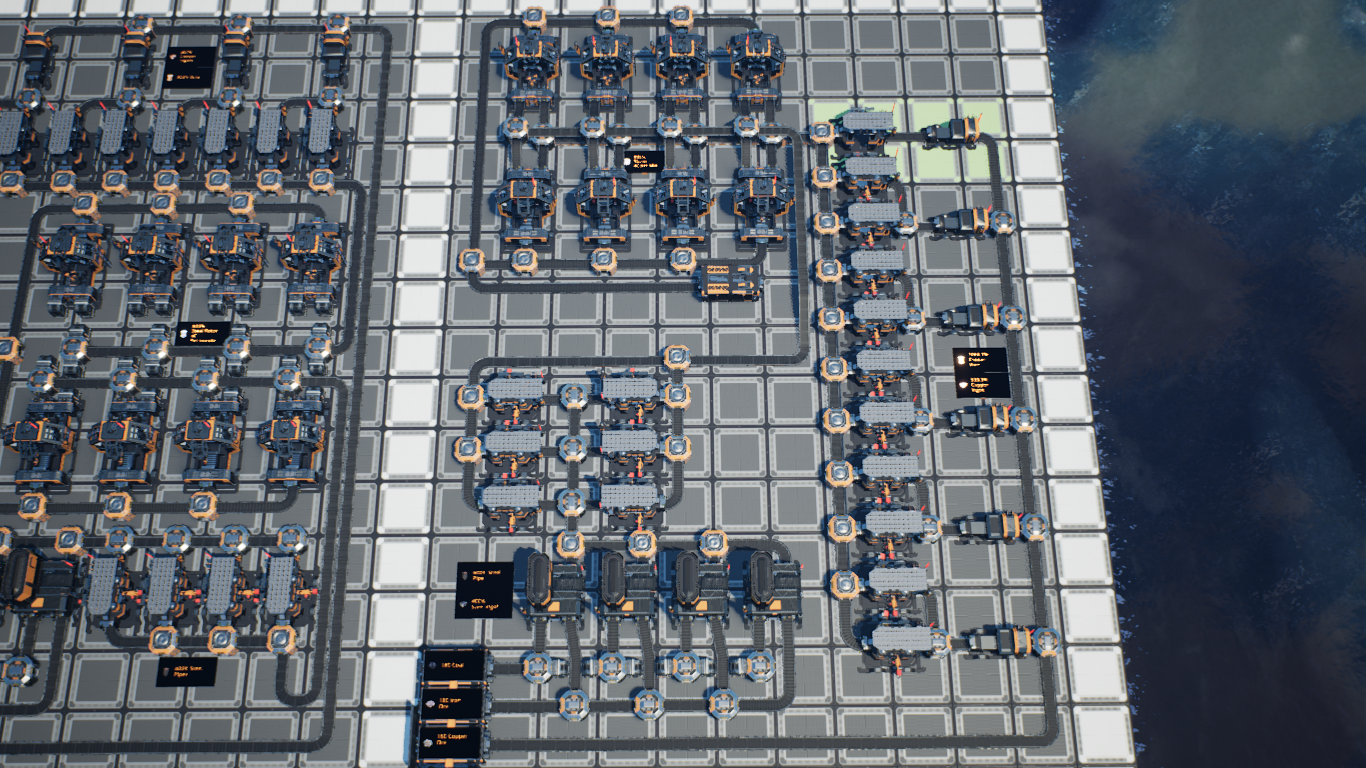 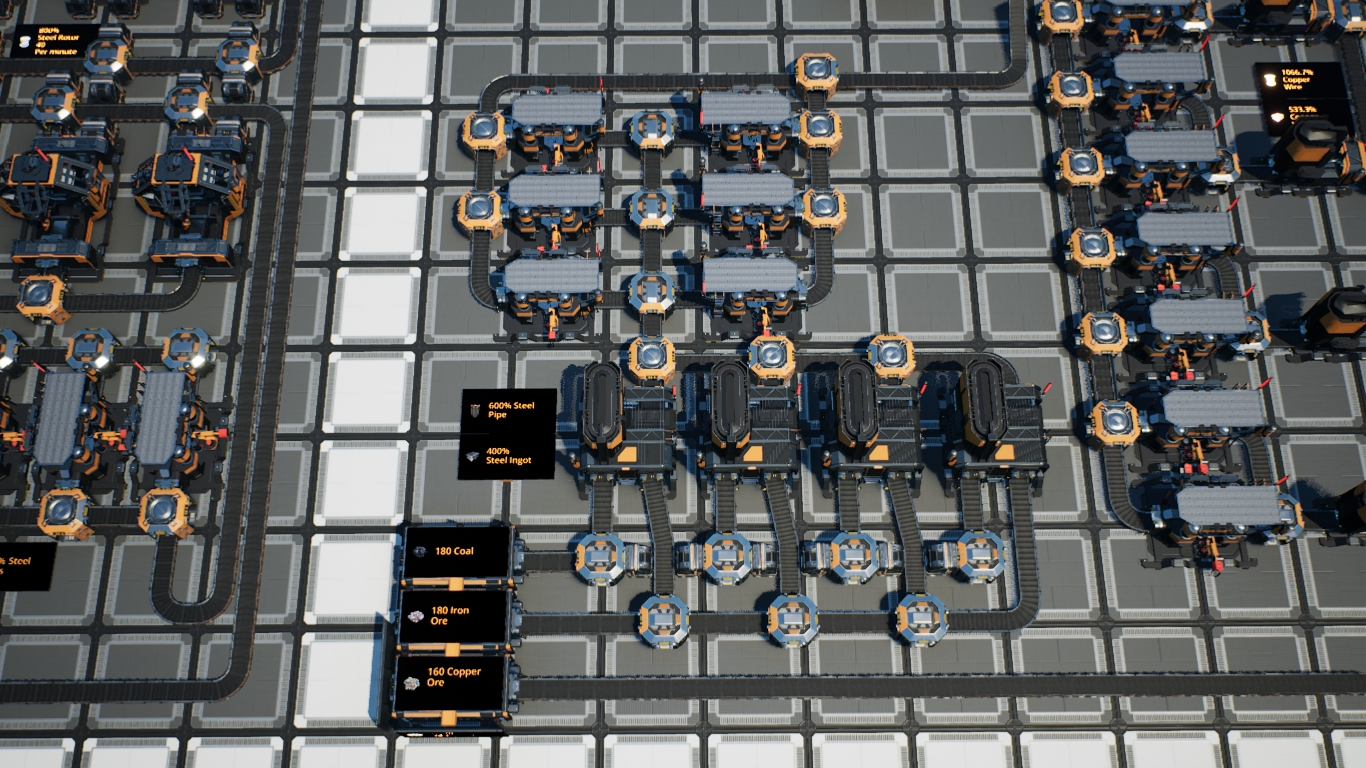 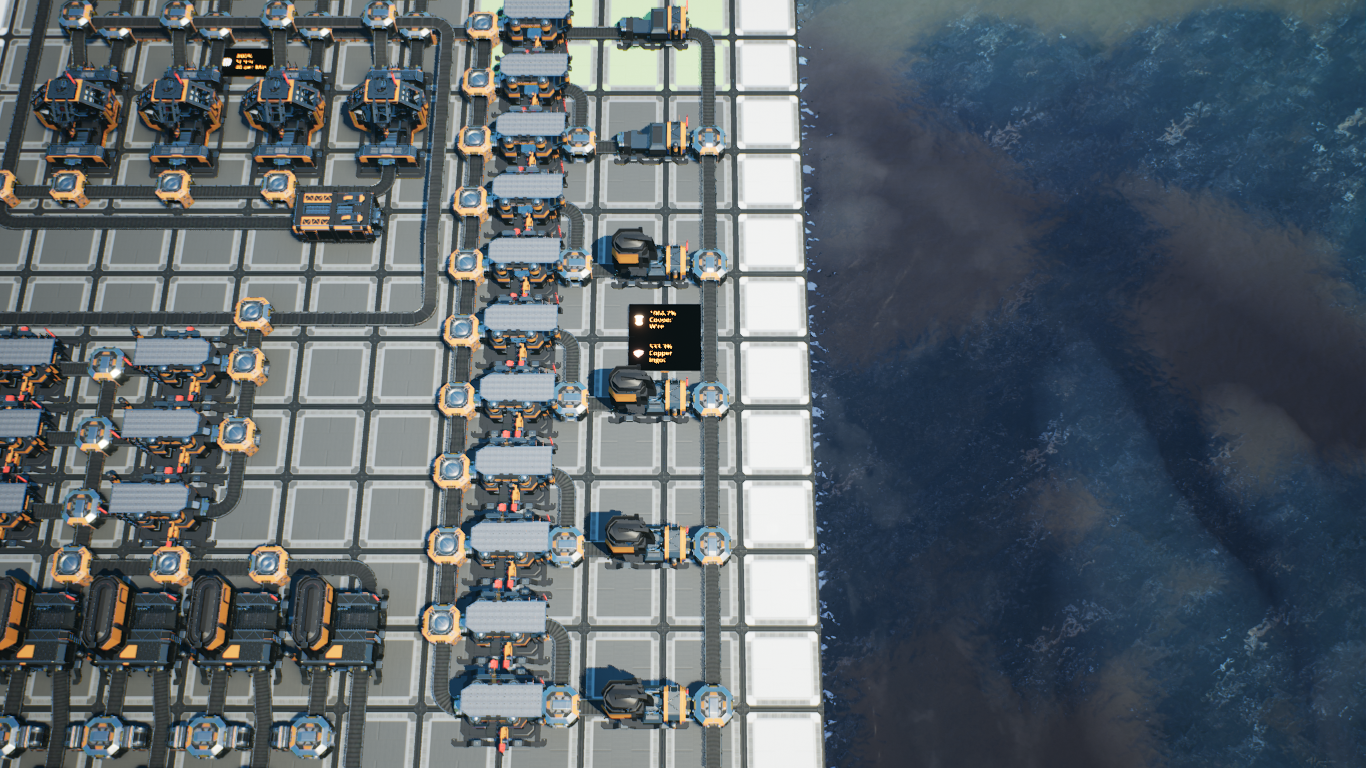 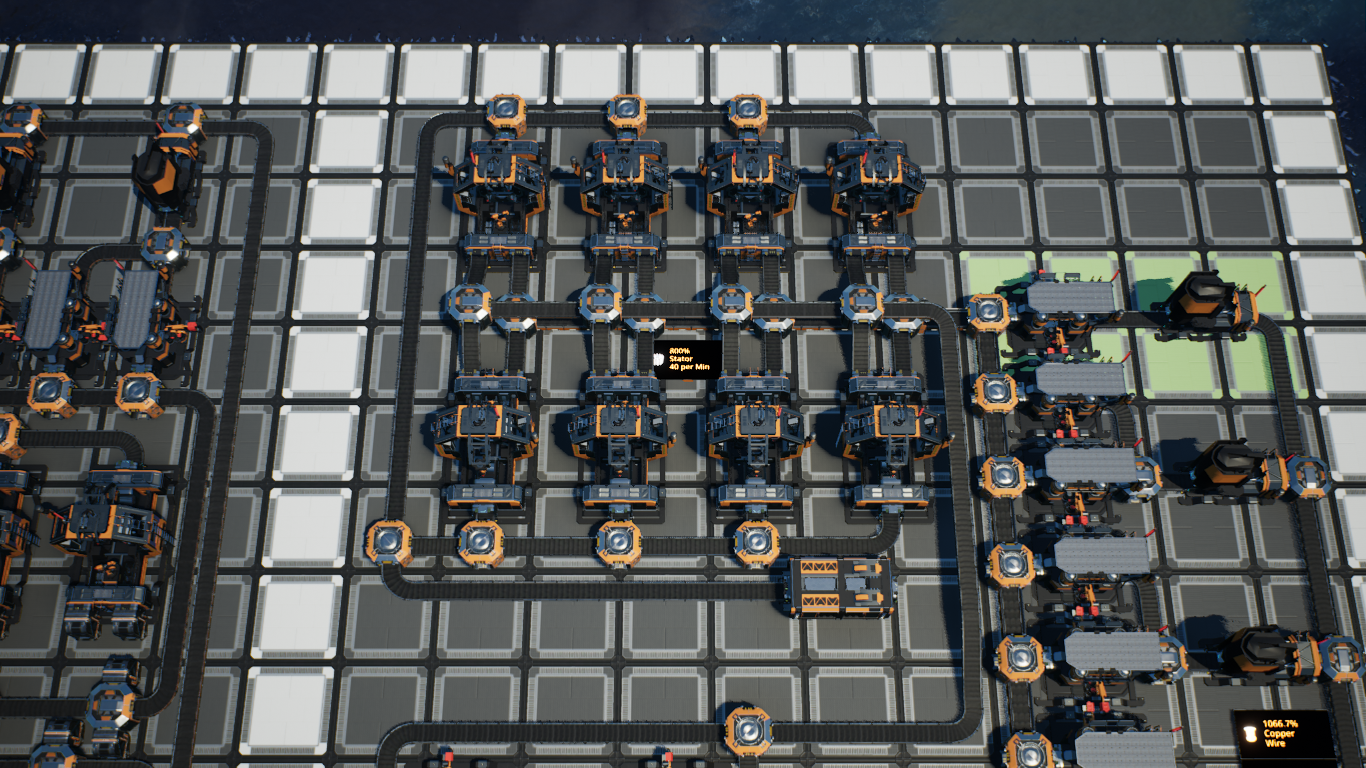 First place three foundries down, the first two will run at 100% clockspeed producing steel ingots and the third foundry will run at 66.667% clockspeed. All steel ingots will run along a manifold of four constructors, each set to steel pipes. These will then be sent on to five assemblers, all of which will produce quickwire stators.

These assemblers will each produce quickwire stators at 100% clockspeed totalling 40 stators per minute. 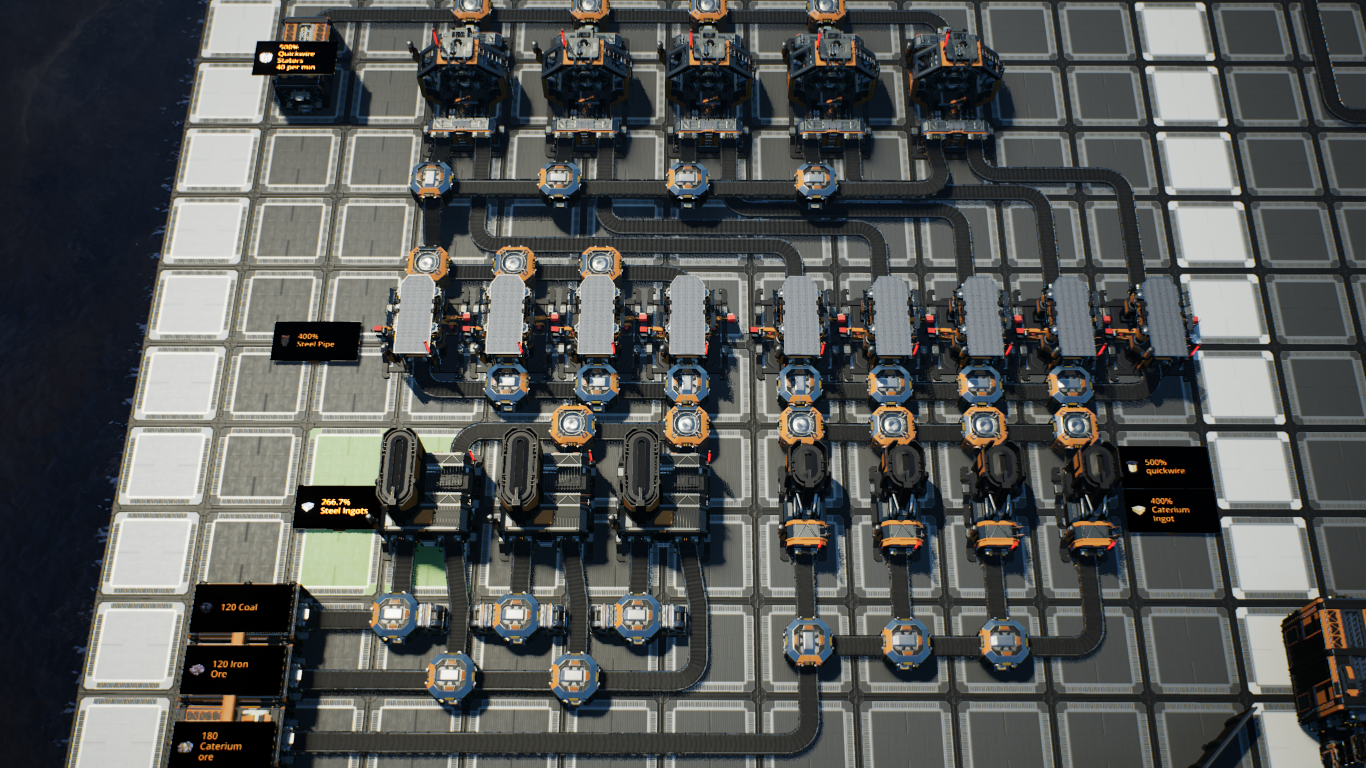 If you would like to know which circumstance I would recommend each layout for, do checkout the associated video as this is covered.