This guide will breakdown a layout for each fuel recipe available, including alternate recipes from a single normal crude oil node.

This guide will breakdown a layout for each fuel recipe available, including alternate recipes from a single normal crude oil node.

Checkout the video here:
100% Efficient Alternate Fuel Layouts For Every Player in Satisfactory

Should you wish to check out the layouts in game, you can find the save available on the channel's Patreon page.
TotalXclipse on Patreon

The following layouts are all based on a single extractor on a normal crude oil node. This equates to 120 crude oil feeding the following setups.
These layouts are dedicated to the production of fuel only, therefore any excess resources will be sunk - these can be used to  produce other resources if needed.

The first layout, will be the simplest to produce and not require any alternate recipes.
To start, place a three by six grid. You will then place two refineries at the base of the grid and feed these with the crude oil.
These two refineries will be set to the fuel recipe turning crude oil into fuel and polymer resin.
The resin should be run across a merging line and then fed into an awesome sink to ensure the refineries do not fill up with polymer resin and stop the production of fuel. 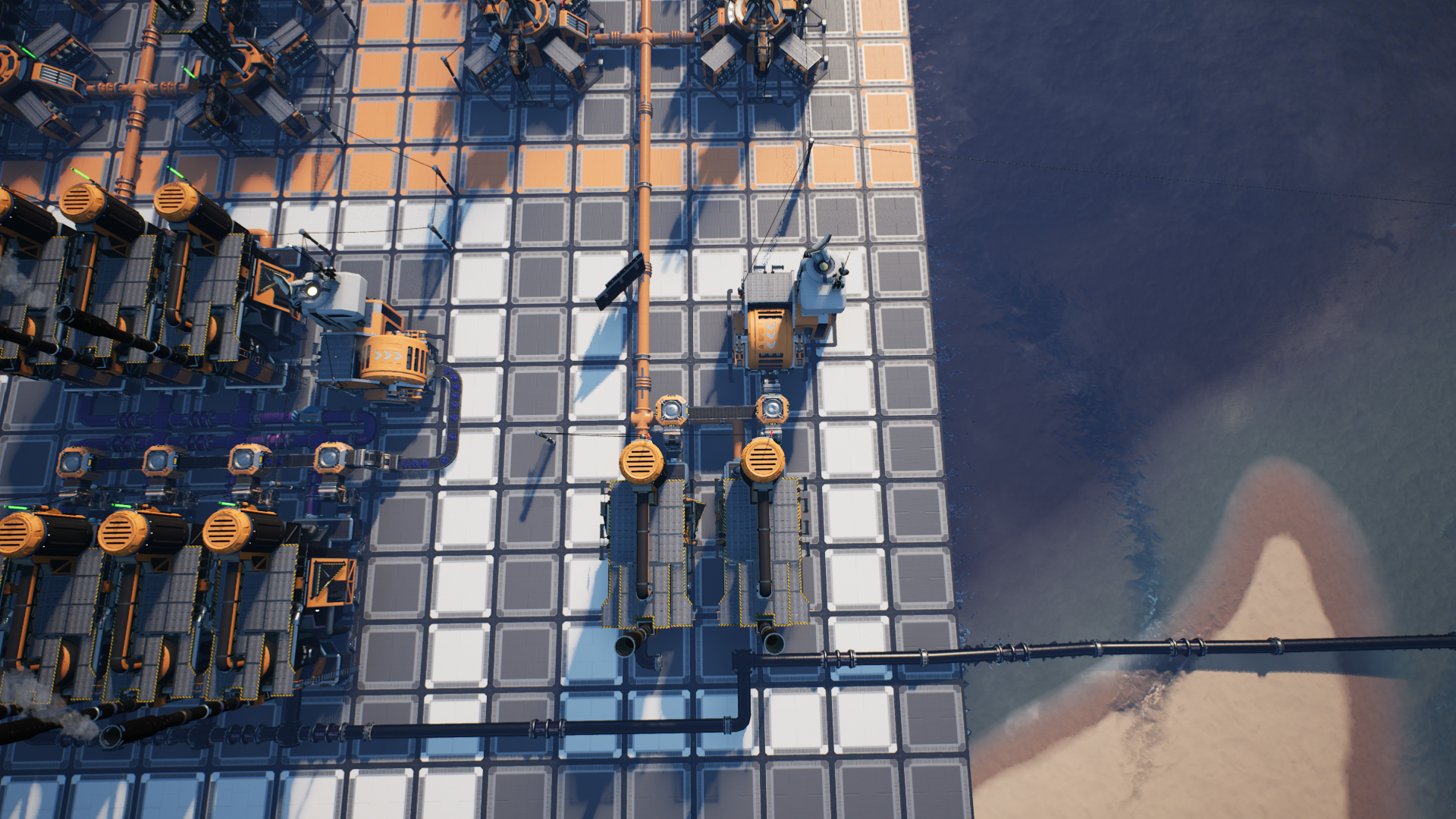 The fuel can then be used to fuel generators. This setup is incredibly simple to setup however, with it only turning 120 crude oil into 80 fuel, this is incredibly inefficient versus the following layouts.

On the first four refineries, make sure to build a merging line and sink (or use) the polymer resin. This build will produce a total of 106.7 fuel per minute. 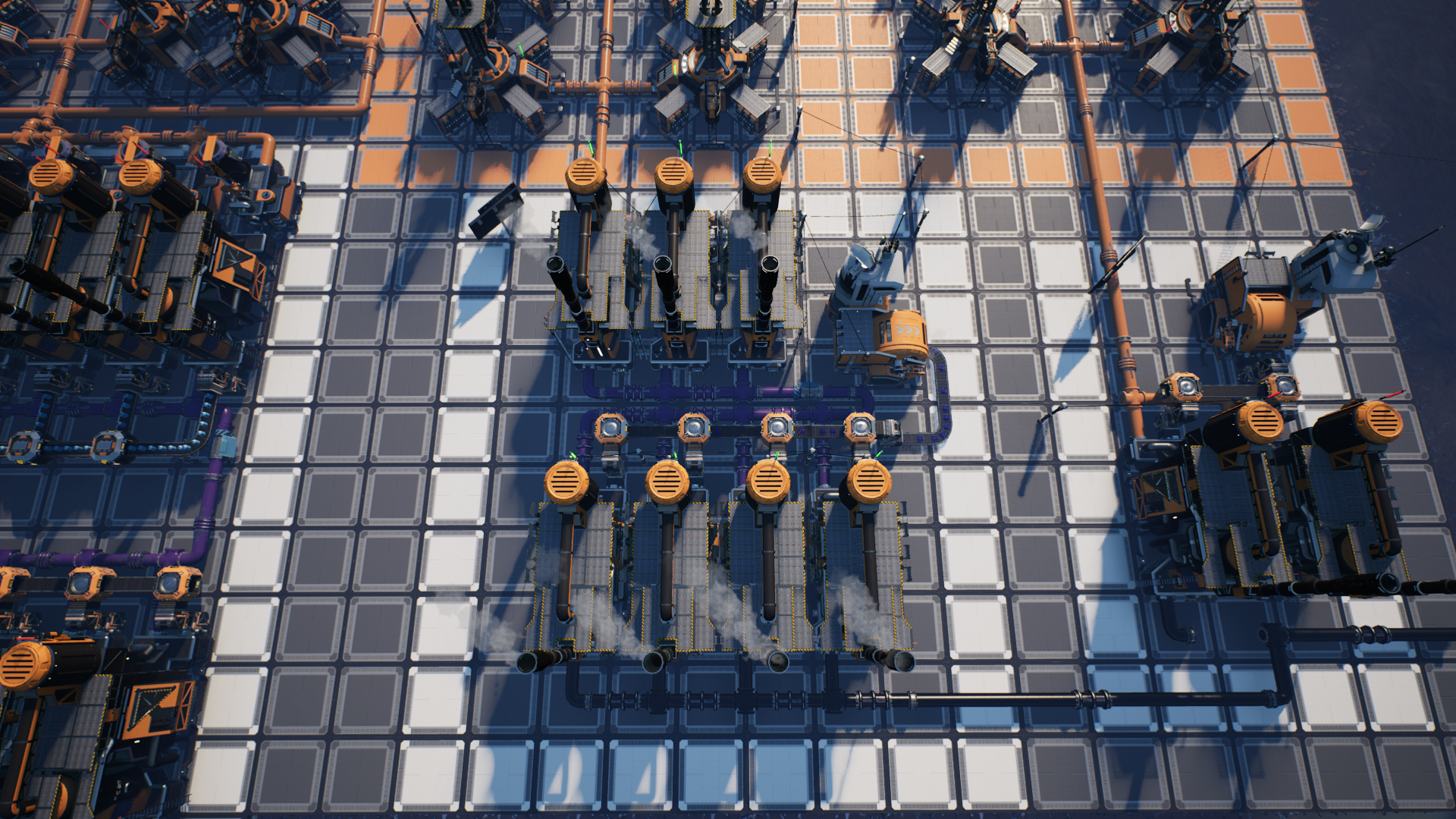 Diluted packaged fuel is probably the most famous alternate recipe in the game. It adds a lot of complexity to the build vs the previous layouts but tripples the amount of fuel produced. Which is more than worth it.

For this build you are going to need the heavy oil residue alternate recipe as well as the diluted packaged fuel. On top of that you will also have had to unlock the packager and will need 320 water per minute, about 1000 empty cannisters as well as the 120 crude oil.

To start, we will place the four refineries, as we did in the previous layout, at the bottom of a nine by 11 grid. These will be set to heavy oil residue with the polymer resin being sent to the sink. 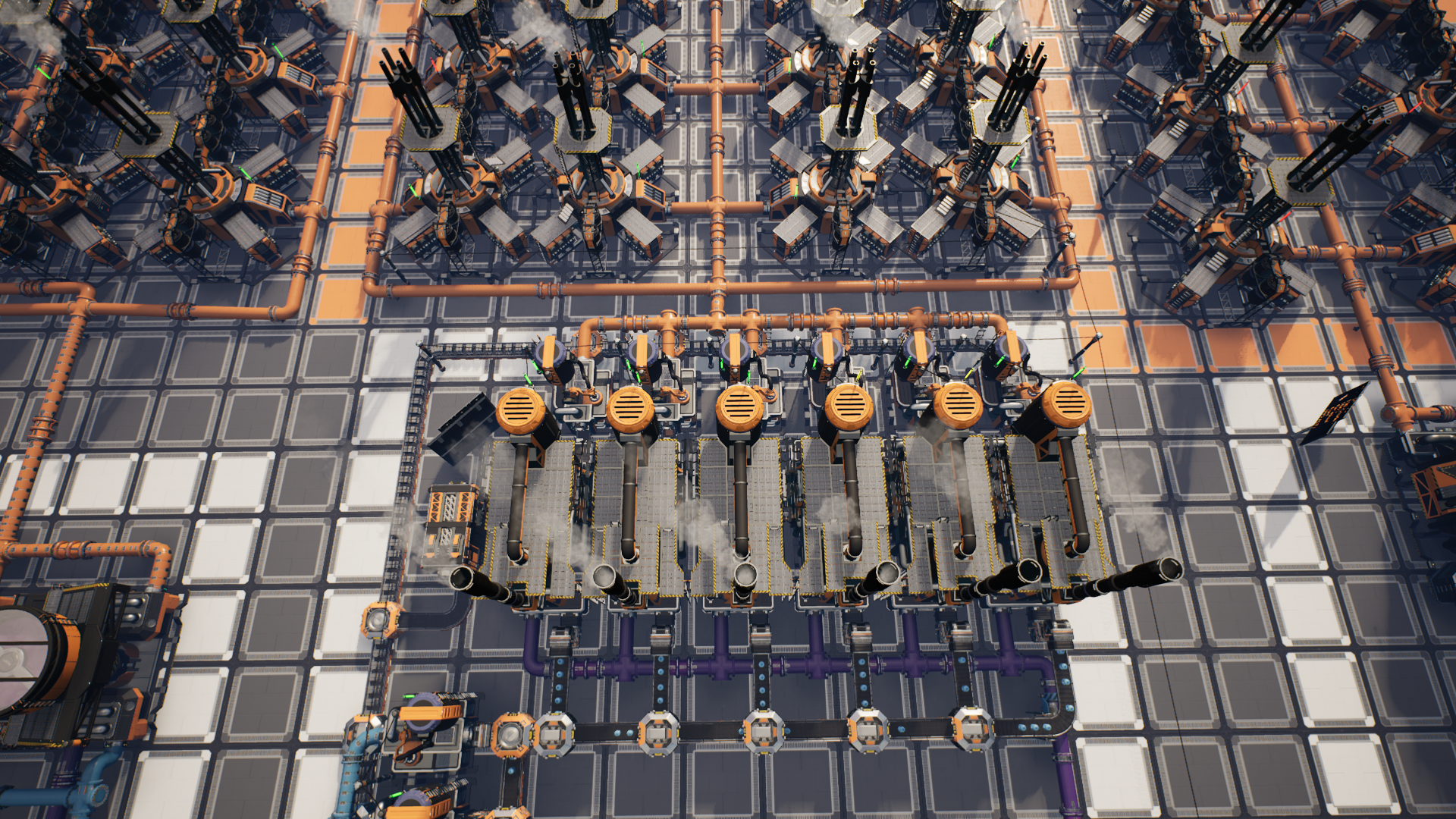 At this point we will need to add packaged water. To do this we will first place down three water extractors, one of which should be set to 66.66% clockspeed. Also note that you will need to transport the water in a mk2 pipe for this section as the max throughput of a Mk1 is 300. This water should then be fed into six packagers that will be run along the left side of the grid.
These packagers should be set to packaged water and one of them, will be set to 34% clockspeed. At this point all the packagers should run along a merging line to a manifold that's supplying the packaged diluted fuel refineries.

We will then connect the item output of the top row of packagers (unpackaging the diluted fuel) and run the mk4 converyor back along the top left of the grid to the six packagers that will package water. This circuit will run constantly.

At this point we have the layout set, however we need to add some empty cannisters to the circuit in order for this to run. Place a merger in front of the water packager line, then feed the empty cannisters (roughly 1000) to the line via a storage unit. Once the setup is running efficiently, you can delete the storage container. I'll attach a side on image of the layout to help give you an idea of this section.

This layout will tripple the amount of fuel produced to 320, therefore make sure to use a mk2 pipe for the fuel, this by far the most efficient recipe to use at this stage of the game, though you may want to use the blender diluted fuel recipe if you're looking for an easier build layout. 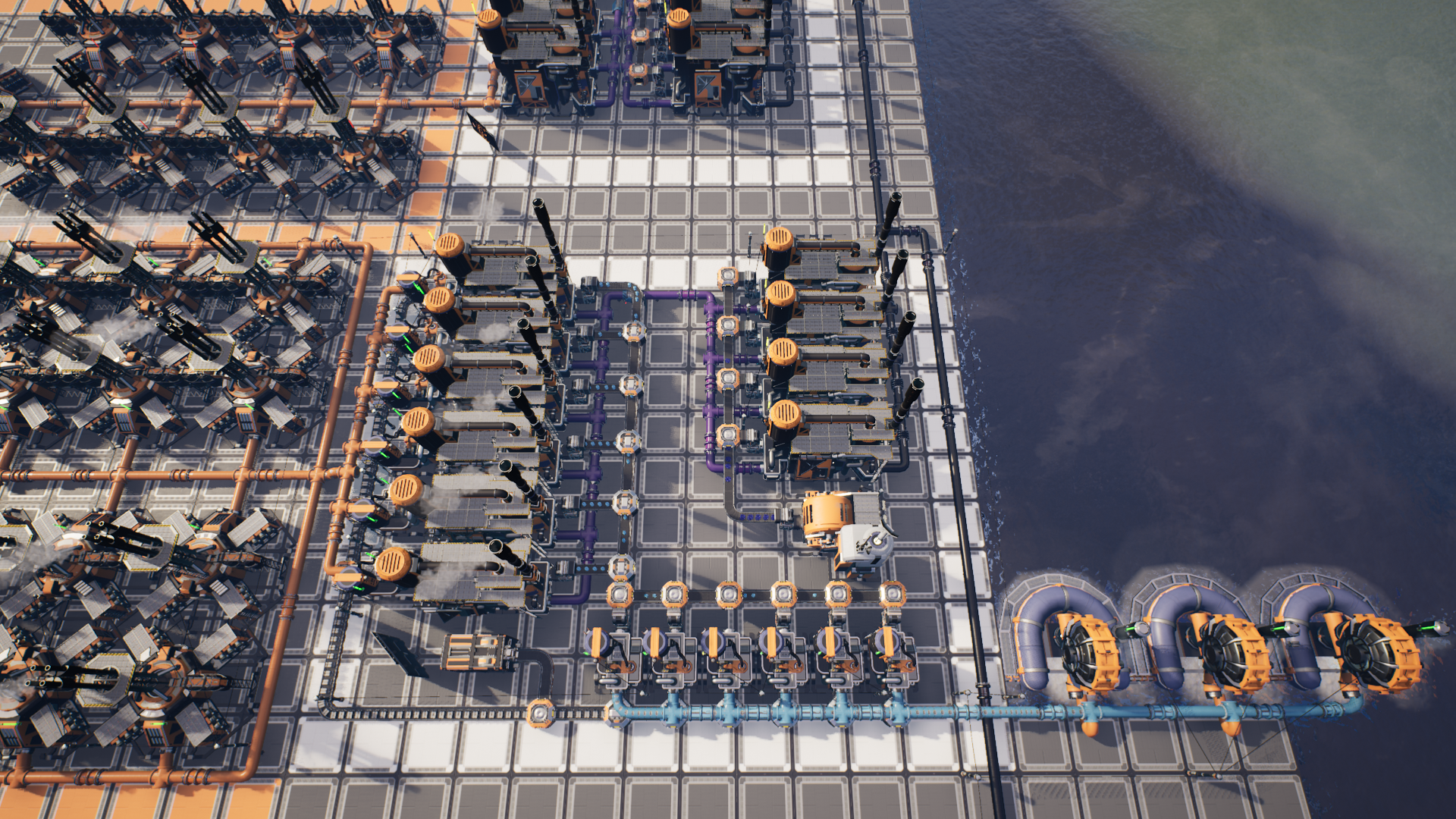 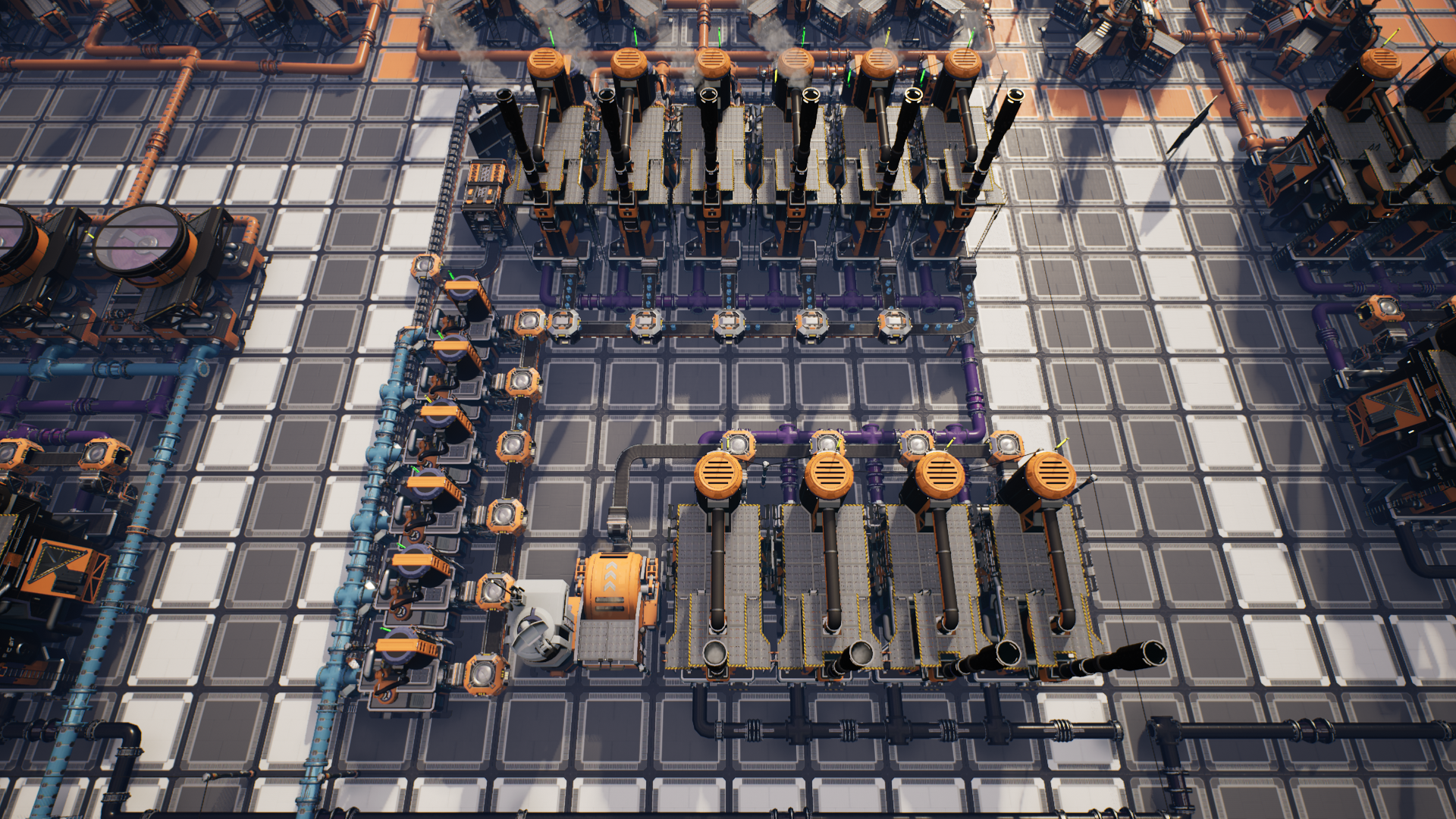 First place down a nine by nine grid. At the bottom we will start with the four refineries set to the heavy oil residue, again, all the polymer resin will be placed in a sink. The heavy oil however will run along a manifold feeding four blenders. These should be set to the diluted fuel recipe with one of the blenders being set to 20% clockspeed. 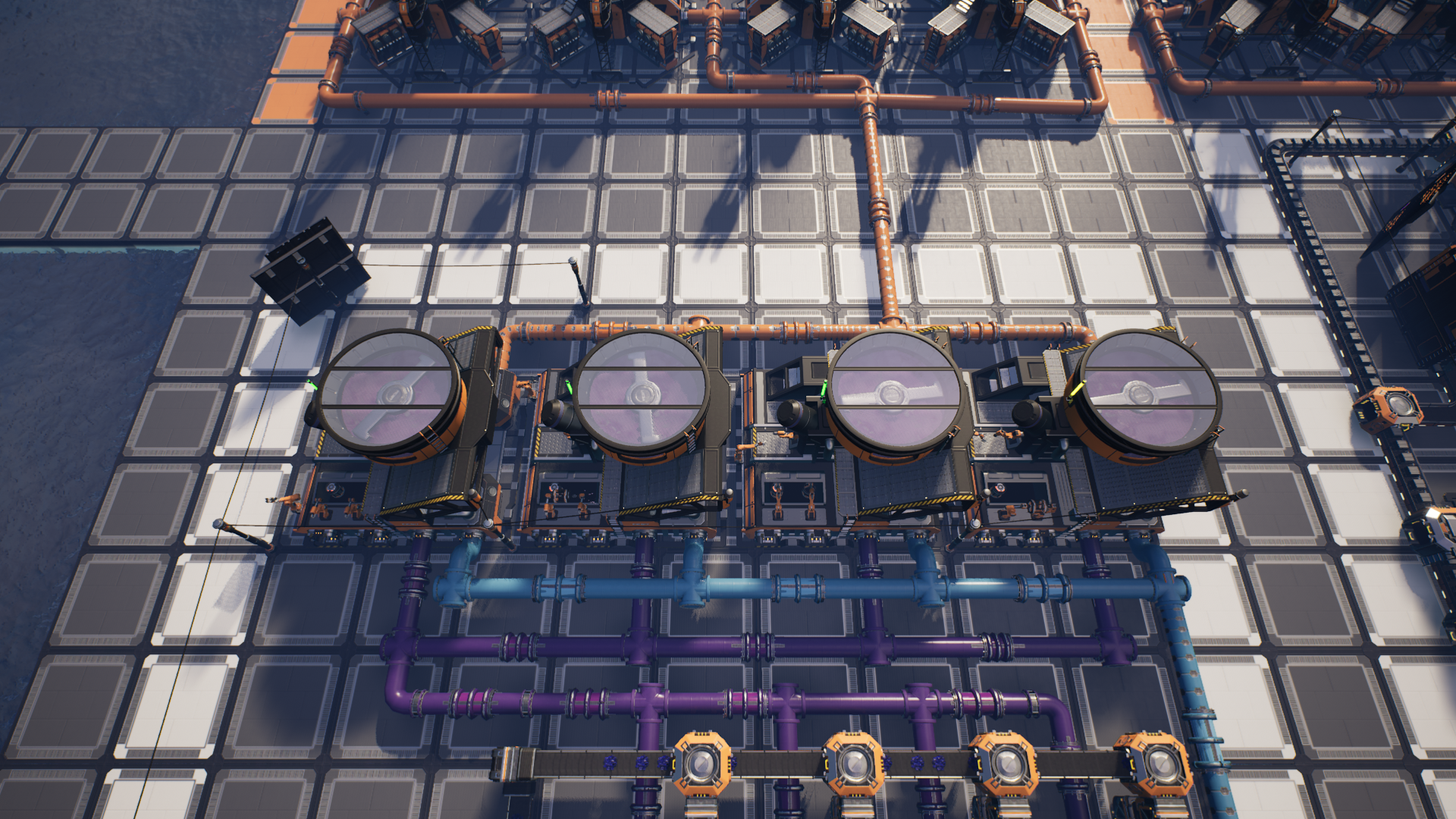 We will then take the 320 water and run it along to a manfiold feeding these four blenders. (for water setup makesure to use the previous layouts setup) From here you will need to merge the blenders output on a mk2 pipe as you will be produced 320 fuel per minute, which is the equivalent of over 26 fuel generators. 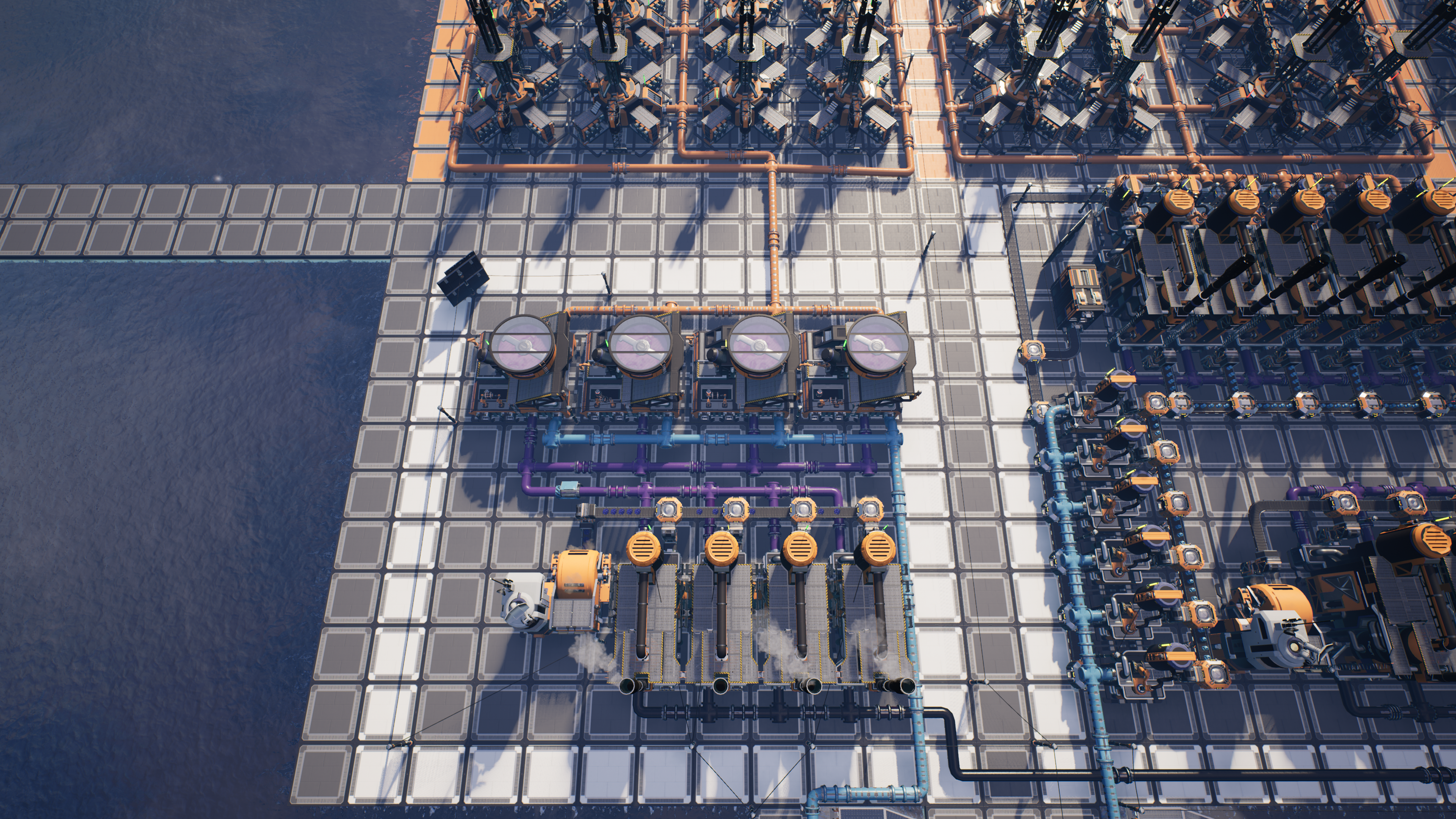