Many of you have seen, read, or heard about the 5x5 Challenge. It is a special way of playing that focuses on squeezing your entire production into a factory building that has only a 5x5 foundation. It is not everyone’s cup of tea/coffee/[insert drink of choice]!

The humble beginnings of this legendary challenge lie in mystery. There are myths of its creation, but no concrete evidence as to who or what started this madness.

Before we get started on the rules, we have a major tip for anyone who wants to participate in this challenge:  Find a spot on the map that has easy access to most of the resources. You do not need to worry about Bauxite at this point, so trying to place your factory near a Bauxite node is unnecessary. If you want to plan ahead, you can place your factory really anywhere on the map and you can bring the resources in, but if you are a new player, we recommend placing it near one of the starting locations.  Since you will be spending so much time in this area, it is advisable that you plan to have your Tower of Power near this location as well.

As a disclaimer, we have written out the rules for this challenge below, but the biggest rule is that you should try to have fun. The rules should be used more as guidelines rather than restrictions to help you enjoy the challenge and give you a chance to exercise your creativity. Utilize these rules at your leisure (or at your peril) to enjoy the 5x5 Challenge, and see what amazing things you can come up with through creative problem-solving. We wish you the best of luck and that you have as much fun as we have had with the 5x5 Challenge. (These rules have now been updated for Update 6)

Some of you may be wondering what the point of this challenge is, or how you would determine whether or not you have defeated this challenge. Prior to update 4, most people opt to make the automation of at least one turbo motor their end goal. Since update 4, has added further content, you could also consider gettting the golden cup as a worthy goal. Considering the difficulty of this challenge, this is no small feat! We have listed below some suggested goals for your build:

Examples of the 5x5 5x5 credit: Lolipopgi
Version: Core
Goal: Challenge myself and have fun, I want to just automate everything inside the 5x5
Twitch 5x5 credit: RespawnRepeat
Version: Hardcore with variant: all raw resources enter at the bottom of the tower
Goal: Automated production of all nonfuel items, unlock all tiers in HUB, everything in the MAM including alt recipes & all AWESOME Shop unlocks.
Youtube / Twitch 5x5 credit: Samueras
Version: Hardcore (once he moves to fuel Generators), only one mixed belt going up and one going down.
Goal: Automated production of 1 Turbomotor and 1 Supercomputer
Youtube / Twitch 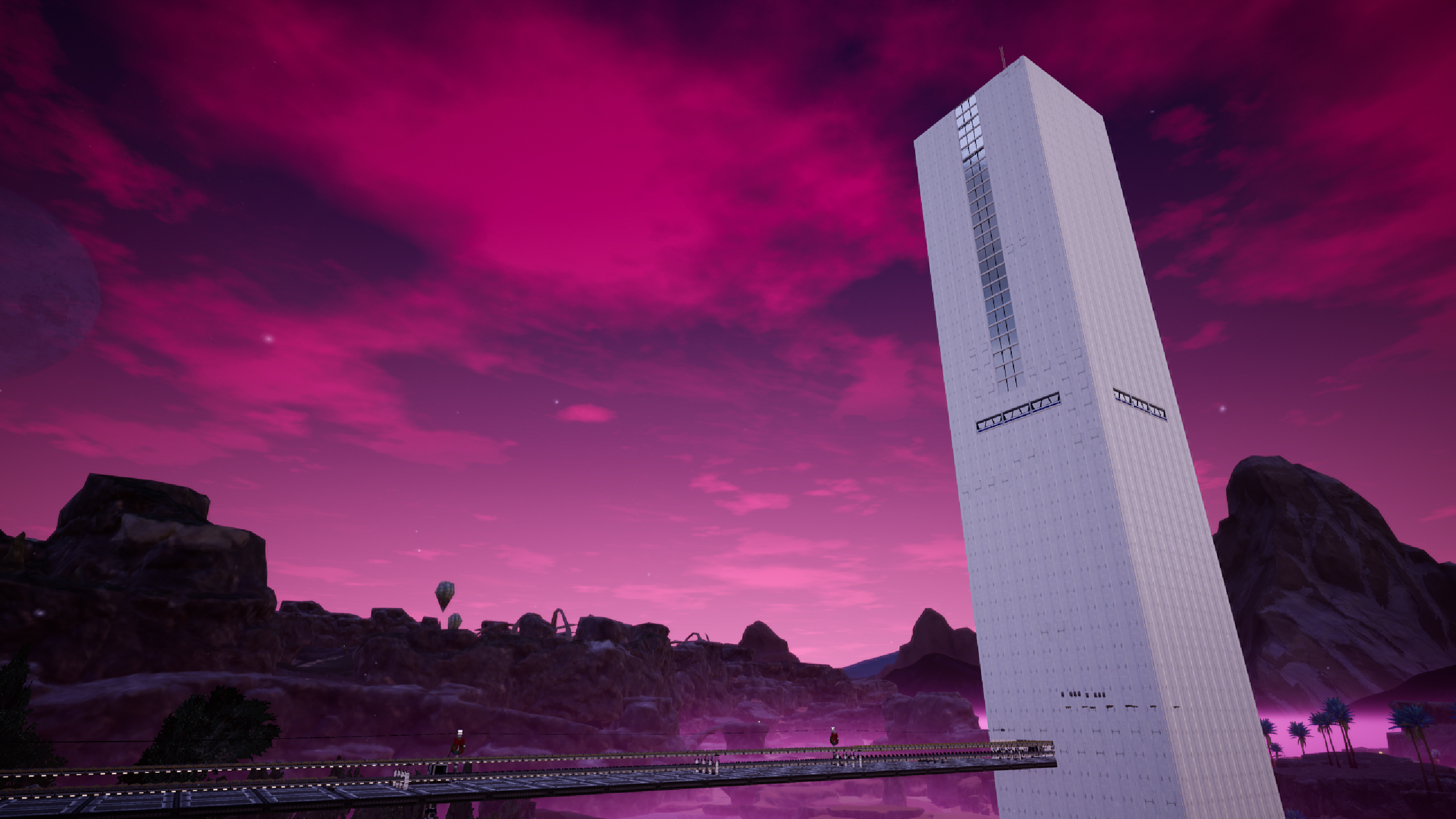